There's also a PC demo available now for those interested

BE-A Walker is an upcoming sci-fi shoot 'em up that's heading for both iOS and Android. It will see players take control of a two-legged mech before gunning down a plethora of alien life. If you've ever felt the AT-ST's needed their own game this might be for you. BE-A Walker is set to release on 7th May.

BE-A Walker stands for Biped Enhanced Assault Walker and you'll be tasked with helping your people colonise a planet. So you'll effectively be gunning down natives whilst protecting those who are effectively invading the planet. Alternatively, you can choose to do the opposite in what developers Tequilabyte Studios promise will be an engaging story.

Instead of being a simple good and bad setup, the idea is that you're taking part in a struggle where there is no real right answer. The colonists aren't doing so for their own personal gain, it's integral to the survival of humanity, however, they are still slaughtering the natives of that planet.

Though the story is going to attempt to tackle some fairly interesting moral quandaries, the gameplay itself is going to be more straightforward. Using your mech you'll be able to gun down your enemies or if they have the misfortune to be close enough, simply trample them to death. 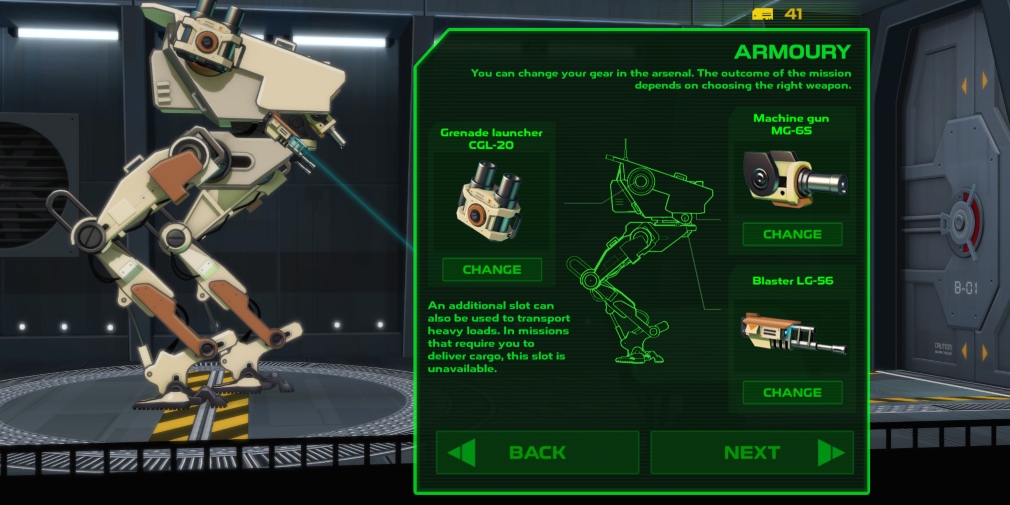 Some enemies will climb aboard your Walker so you'll need to be vigilant at shaking them off. Elsewhere, there will also be a host of skills you can obtain that will improve your mech, presumably with additional firepower or more protection.

BE-A Walker will be available on both the App Store and Google Play when it launches on May 7th. There is no word on price at the moment but we'll update you when we know more. Additionally, if you also play games on your PC you can also download the demo now from Steam.

Enjoy action games? Here are 25 of the best available for iOS
SEE COMMENTS

BE-A Walker is a thematically tricky, blood-soaked action game out now for iOS and Android