Too Many Cooks, developer FINIFUGU's award-winning co-op cooking game, has finally launched for iOS and Android. I've heard nothing but good things about this one, and based on the trailer alone, it looks like a fun time.

The idea is that you'll be challenged to create complex dishes within a strict time limit. Things can get pretty hectic in no time flat, especially when you're cooking alongside five other players.

Our first game Too Many Cooks [email protected] is FINALLY available for iOS and Android!! (after a VEEERY long 1.5 years-ish!) With no build-up. WHAM!! ???? We've crafted T.M.Cooks to bring together friends and family, so please enjoy shouting with/at your loved ones! #indiedev pic.twitter.com/hAv6vkyoJk — Jai's GAME IS (finally) OUT (@FINIFUGU) April 3, 2020

Some of the dishes you'll be tasked to create include burgers, pizza, and sushi, and you'll often have to assemble everything from scratch. Expect to do a lot of chopping and cleaning on the side. Thankfully, you can pass tasks along to another player when it inevitably becomes a bit too much to handle.

Quick and efficient communication is key to victory here, but you should still probably expect your kitchen to descend into chaos with worrying regularity. It's all part of the fun, though.

Its general cuteness is no doubt greatly enhanced by the addition of unlockable cosmetic items. These range from fancy hats and clothes to new hairstyles and even facial expressions. 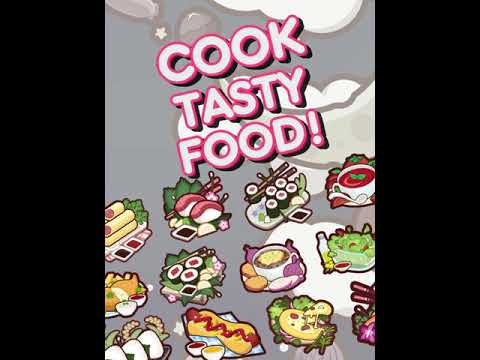 Developer FINIFUGU was actually the first back-to-back winner of The Big Indie Pitch, taking home the top prize for Too Many Cooks and Nood Climbrs. I'd advise giving PocketGamer.biz's full interview with FINIFUGU's Jai Bunnag a read if you'd like to learn more.

Too Many Cooks is now available for download as a free-to-play title from over on the App Store and Google Play.

Searching for more multiplayer games to try with friends? Here are 25 of our favourites for iPhone and iPad