By Cameron Bald
| Apr 6
iOS + Android
|
The Captain is Dead

Sci-fi strategy games are a personal favourite of mine, so I can't help but get a little excited whenever a new one pops up for mobile. Thunderbox Entertainment's The Captain is Dead, while by no means newly-announced, has me very much intrigued.

It's a video game adaptation of the board game of the same name, and it's beaming down onto iOS and Android later this year. The basic premise is that you'll assume command of a crack team of space travellers whose lives have been thrown into chaos after the sudden death of their ship's captain.

With everything now going horribly wrong, the task of saving as many of the crew as possible and guiding the ship to safety falls to you. It's not going to be an easy ride, not least because of the violent looters and your ship's crumbling integrity, but it could well be a fun one.

What's more is that it all kicks off with your ship and crew being mercilessly hunted by some mysterious alien menace. If that's how it starts, just imagine where your escalating predicament could end.

While things might appear bleak, it's important that you remain calm and tackle every new challenge that arises with skill and strategic thinking. Thankfully, you've got a pretty great crew at your disposal, all with their own unique abilities to use when staving off intruders or attempting to keep the ship in an operational state. 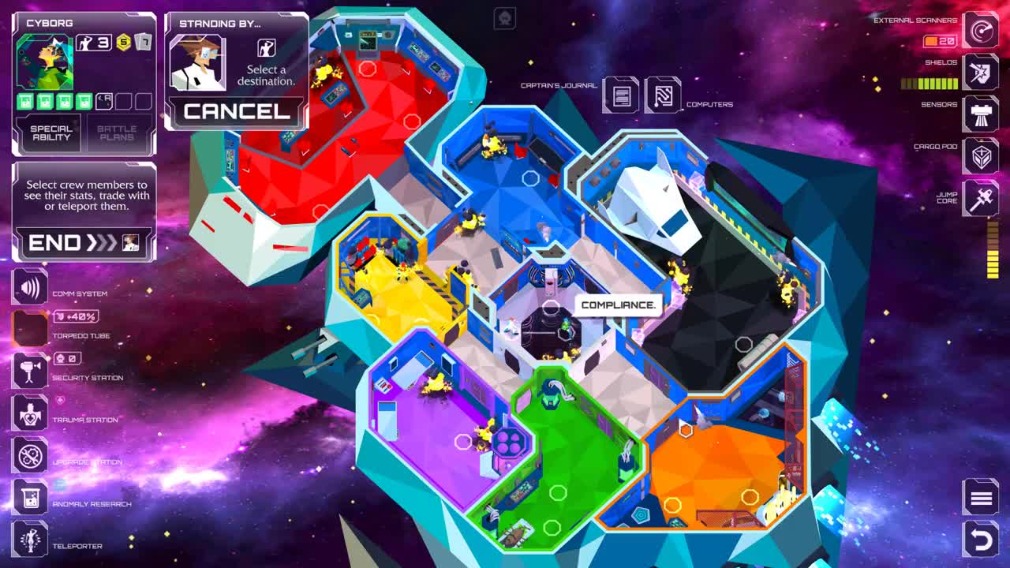 The game's latest trailer showcases the Cyborg character and gives us an idea of what it all looks like in motion. You can check it out above.

If you happen to like what you see, know that Thunderbox Entertainment is still looking for iOS and Android beta testers in the leadup to launch. You can register your interest by filling out a brief form over on the developer's official site.

Searching for more quality strategy games? Here are 25 of our favourites for iPhone and iPad
SEE COMMENTS