It even has multiplayer so you can cultivate with friends

When it comes to farming games your mind will automatically go to Farming Simulator, which is understandable given how huge that series is. However, there is another contender on the market, Farming Pro 3, which is available now for both iOS and Android.

It's been cultivated by independent game developer Mageeks Apps & Games and as the name implies is the third in the Farming Pro series. What you'll get up to in the game probably won't surprise you too much either, making use of over 60 different farming machines to tend to your crops.

There will be a mixture of tractors, harvesters and woodcutters that can all be customised with your own skins to give your farm that personal branding feel. That means on top of tending to your crops you'll be chopping down wood and you'll also be able to look after animals such as pigs, horses and cows.

Once you've got enough produce you can then trade the goods to make more money to improve your farm. This might mean purchasing better machines or hiring staff that will automate some of the processes to make your farm run more efficiently.

There's also a multiplayer mode if you'd prefer to play the game with friends so that you can grow a farm collaboratively. There are leaderboards too so you can effectively have a farming-based battle with players across the world to have the best performing setup. 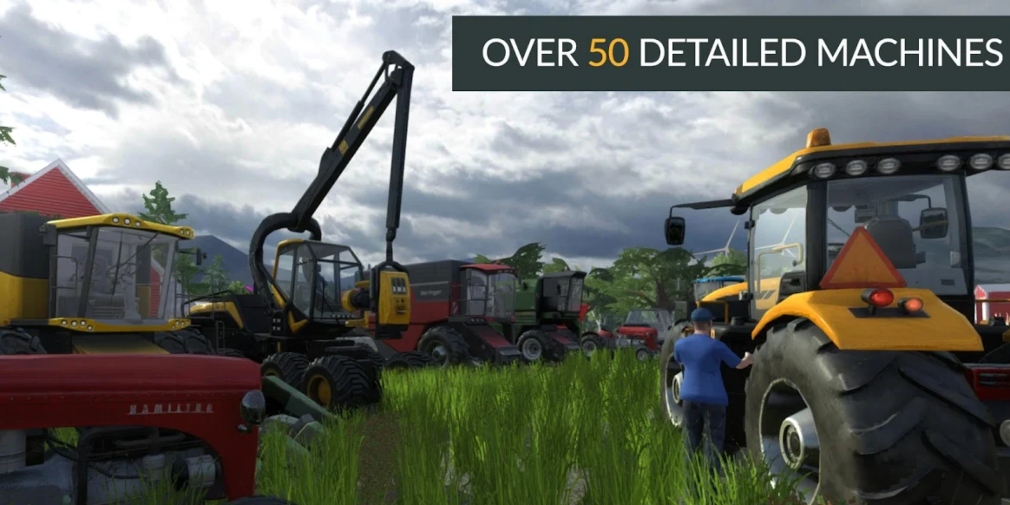 There are a few things to be aware of before you buy Farming Pro 3 though. On top of being a premium game, there are also numerous IAPs, including a subscription. Moreover, a few Google Play reviews have mentioned losing their save data and having to start over again, so be aware of that.

Farming Pro 3 is available now over on the App Store and Google Play. It's a premium title that costs $5.99 and also additional in-app purchases including a 'Farming Subscription'.

Interested in the best upcoming games? Here are 48 great games that are available now in soft launch
SEE COMMENTS