From the maker of .Decluster Zero

Bullet Hell Monday Finale is an upcoming bullet hell shooter game from Masayuki Ito and is based on his previous game Bullet Hell Monday Black. It's set to head for both iOS and Android on April 13th where it will be a free-to-play game.

Bullet Hell Monday Finale aims to simplify the game systems of 'Black' and plays out in a chapter to chapter fashion like another of Ito's games, Bullet Hell Monday. As with all bullet hell shooters, the aim will simple. Avoid the hail of bullets coming your way whilst blasting down enemies. 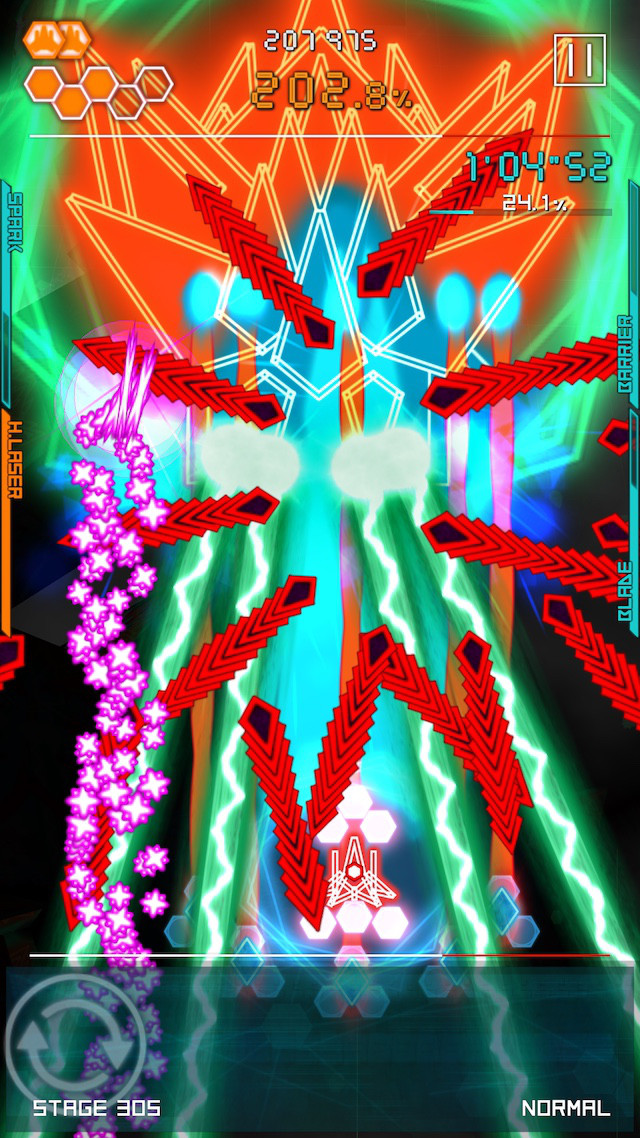 The game is intended to be beginner-friendly, offering a gradually increasing difficulty curve that shouldn't be too off-putting to those who've not dabbled in the genre much. Each mission will have different tasks to complete such as beating 30 enemies and once you've beaten that task you'll face off against a boss who blocks your way to the next chapter.

There will be different upgrades available for your craft that increase attributes such as shot power, shot speed and bomb duration. Your weapons and movement will be controlled with a mixture of swipe gestures whilst you'll be able to hurl a bomb at your enemies by tapping with your other hand.

Alongside Bullet Hell Monday Black you might also be familiar with some of Masayuki Ito's other games such as .Decluster Zero a normally premium title which – at the time of writing – is currently available for free over on the App Store. .Decluser Zero is also a shmup so Ito definitely has a preference for this genre.

Bullet Hell Monday Finale is available to pre-order over on the App Store and Google Play ahead of its release on April 13th. It will be a free-to-play game with in-app purchases.

Enjoy plenty of action in your games? Then you might enjoy these 25 excellent games available for Android
SEE COMMENTS

5 reasons why you should try upcoming monster-raising game, Becoming BytesTM