Gaming peripheral manufacturer Arkade has partnered with controversial YouTuber PewDiePie to announce the launch of an Indiegogo campaign for its upcoming Motion Blaster.

The device itself allows you to engage in full 360-degree point and shoot action by clipping your mobile – either iOS or Android – into the peripheral, then booting up whatever game springs to mind. It supports both PC and mobile games.

That being said, it won't be compatible with every title on the market, at least at launch. Instead, it'll support "hundreds of games including nearly all of today's top titles". From a mobile perspective, the two standouts so far are Shadowgun War Games and Modern Combat 5.

PewDiePie is a household name who has drawn criticism in the past for his online behaviour, perhaps most notably when he used a racial slur while livestreaming back in late 2017. He can be seen showing off the capabilities of the Motion Blaster in the trailer footage above.

The device looks pretty neat, offering two different gameplay modes to try out. There's 360-degree mode, where you'll stand up and get active, and 180-degree mode, which keeps the action directly in front of you. This means you can play your games using your Blaster whether you're sitting down or standing up.

On the device, you'll see LED lights that track your health, reloading, firing, various status effects, and more. It'll retail for $99 and come in multiple different colours and designs, including the Demon Blaster and PewDiePie variants. 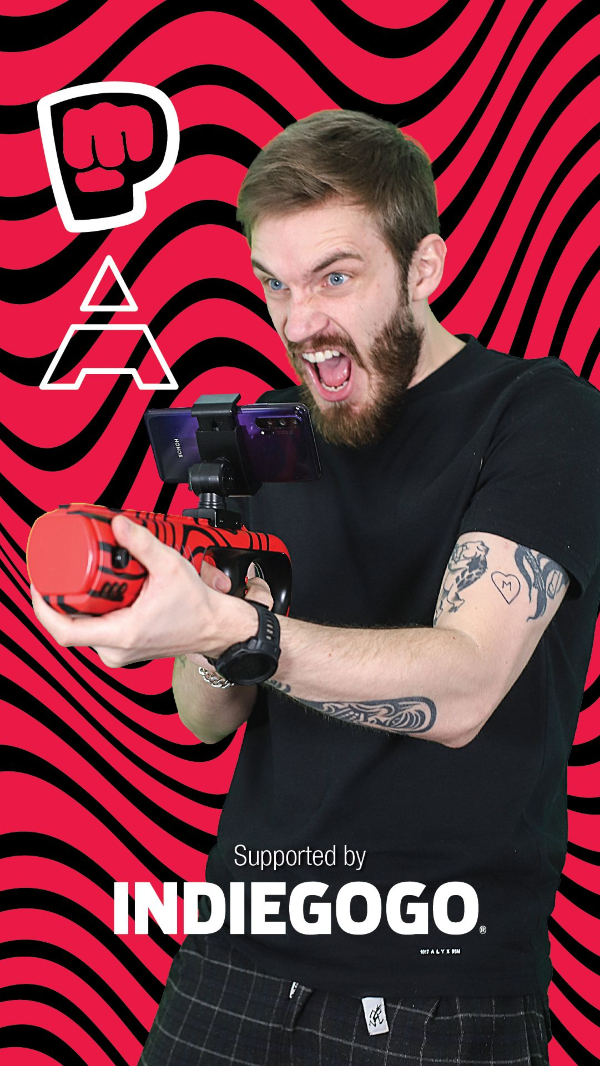 I like that you'll be able to play your PC games on your mobile device via its streaming app. It also works with Nvidia's cloud gaming service, GeForce Now, if you'd prefer. You'll have the option to stream your gameplay directly to Twitch and YouTube "with the touch of a button on the Blaster", which is handy.

The Indiegogo campaign is set to run from today until April 24th, and it's aiming for $50,000. With over $10,000 of that already raised, it's basically guaranteed to hit its target by next month.

Searching for some multiplayer games to try with friends? Here are 25 of the best for iPhone and iPad