Great news today for fans of Black Desert Mobile, Pearl Abyss' hit MMO. The long-awaited Dark Knight class is now available in the global version of the game, allowing players to test out one of Black Desert's most popular characters.

She's a high-damage class that mixes heavy two-handed Kriegsmesser strikes with a vast array of dark magic spells. This easily makes her one of the game's most versatile and exciting classes to play as. 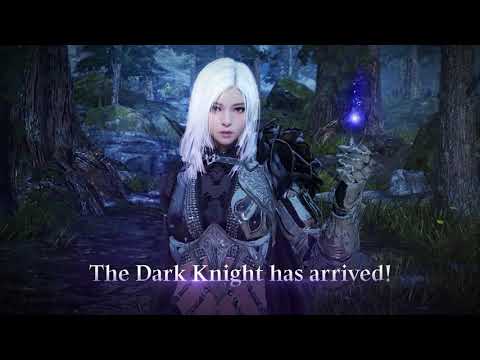 A handful of in-game rewards are up for grabs to those who hop on and level-up their Dark Knight. Some of the items include an Ancient Gold Coin, High-Grade Crystal Chest, Good Black Stone Sack, Shakatu's Mystical Key, and more. These can be used to strengthen your best equipment and gradually upgrade your camp.

Pearl Abyss has put out a little trailer showing off some of the Dark Knight's devastating attacks. To say she looks badass would be an understatement. I especially like the way she gracefully alternates between close and mid-ranged attacks, and her sense of style is unmatched.

On top of the new class, players can now get involved in The Tower of Trial. This is said to be a unique way to level-up, allowing you to send one of your inactive characters on quests for neat rewards. It's a decent way to level-up multiple classes at the same time, though your chosen character will need to be level 45 or above before they can take part.

A new auto quest system has also arrived. This gives you a chance to automatically level-up your secondary classes by taking on quests you've already completed with your main.

Those looking for a quality MMORPG could certainly do a lot worse than Black Desert Mobile. It's currently available for download as a free-to-play title from both the App Store and Google Play. More info on the game's latest events and updates can be found on its official site.

On the hunt for a decent RPG? Here are 25 of the best for iPhone and iPad