Comedy Night, the live stand-up simulator, will be heading for iOS and Android next week

Test your comedic skills in front of a live audience

Lighthouse Games Studio announced a few months ago they would be bringing Comedy Night over to mobile after it has seen some success on PC. Now we know that it will release for both iOS and Android devices on 2nd April.

It'll be a chance to virtually test out your comedy skills in a front of a live audience, who will have the power to vote you off if you're bombing too hard. If you don't fancy yourself a comic but are more than happy to criticise others, you can always opt to be one of those audience members deciding whether you want to heckle or encourage the performers.

There will also be a head-to-head mode where you'll be up against another comedian with the audience deciding who the funnier person is. If your talents lie elsewhere there will also be an opening mic room for singing or taking on other players in rap battles.

Rather than having to put your own face to your act, however, you will instead create a little avatar who will take to the stage. You'll be able to customise their outfit, hairstyle, whether or not they wear glasses and a host of other options to give your avatar their own unique look. There are even options to dress up as skeletons or monkeys if you want a more striking stage outfit. 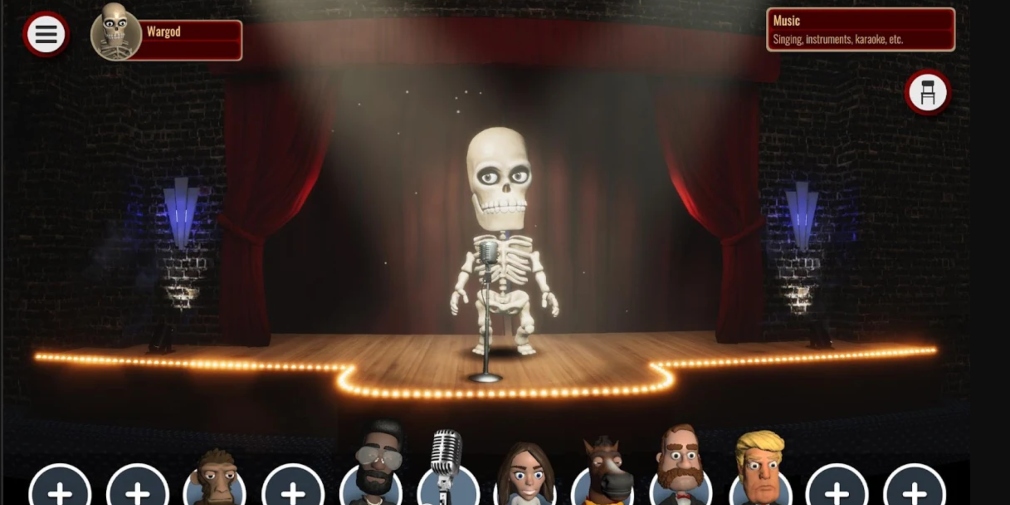 I'm intrigued to see how well this does on mobile. It proved to be quite popular when it launched for PC back in 2017, particularly with Twitch streamers and YouTubers. But I'm not sure if it will have much longevity after people have played the game a few times. Though you never know, it might provide a place for people to come together and have a laugh.

Comedy Night will is available for pre-register now over on the App Store and Google Play ahead of its release on 2nd April. It will be a free-to-play game with in-app purchases.

Rolando: Royal Edition is now free, but only for a week