Where are they now?

The Big Indie Pitch has uncovered some fantastic titles since its inception in 2013, with past winners like What the Golf?, Terragenesis, Inbento, and Hidden Folks having gone on to enjoy huge critical success after release. So we’ve taken the time to highlight some recent winning pitches, currently in development, that will be aiming to deliver the next big indie success story...

GDC 2018 saw an impressive lineup of pitches during our sixth trip to Silicon Valley. Among the entries included a very slick, esports management sim called Esports King, which would share runner-up honours spot with the extremely innovative, physics-based puzzler, Tiny-Bubbles.
Subscribe to Pocket Gamer on

Esports King was a real surprise hit for the show, earning kudos for its level of polish, seamless implementation and gameplay, and how it managed to take the best of elements of other management sims like Football Manager and make it relevant for gamers.

Exactly two years on, Esports King is inching ever closer to a global launch and was recently released on February 27th in South East Asia. 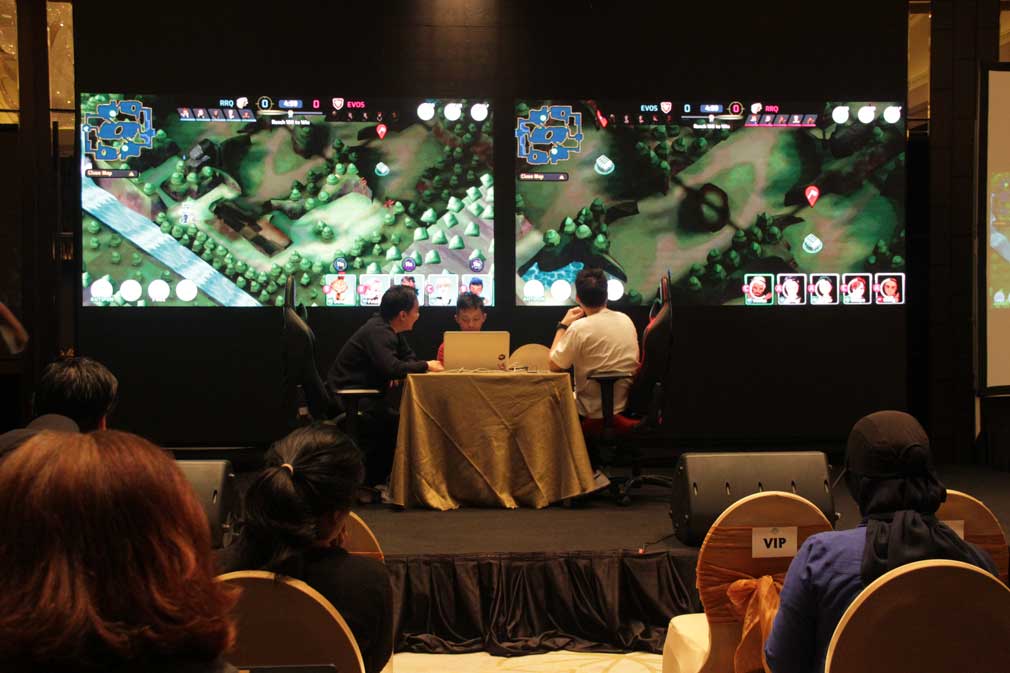 It’s currently enjoying a positive user score on Google Play and is proving to be the developer’s most successful game to date, receiving over 100,000 pre-registrations.

Agate plans to address the feedback it’s currently receiving from players to bring further improvements to the game. The Indonesian developer has also expressed an interest in speaking with potential publishing partners to bring the game to a western audience.

Update Oct 28, 2020: Pixboy is now available for iOS and Android

Last year, Pocket Gamer held its third Big Indie Pitch in Poznan during GIC 19. We saw a stellar class of game entries, including the rather charming 2D, retro-inspired platformer, Pixel Boy, which scooped up second place. 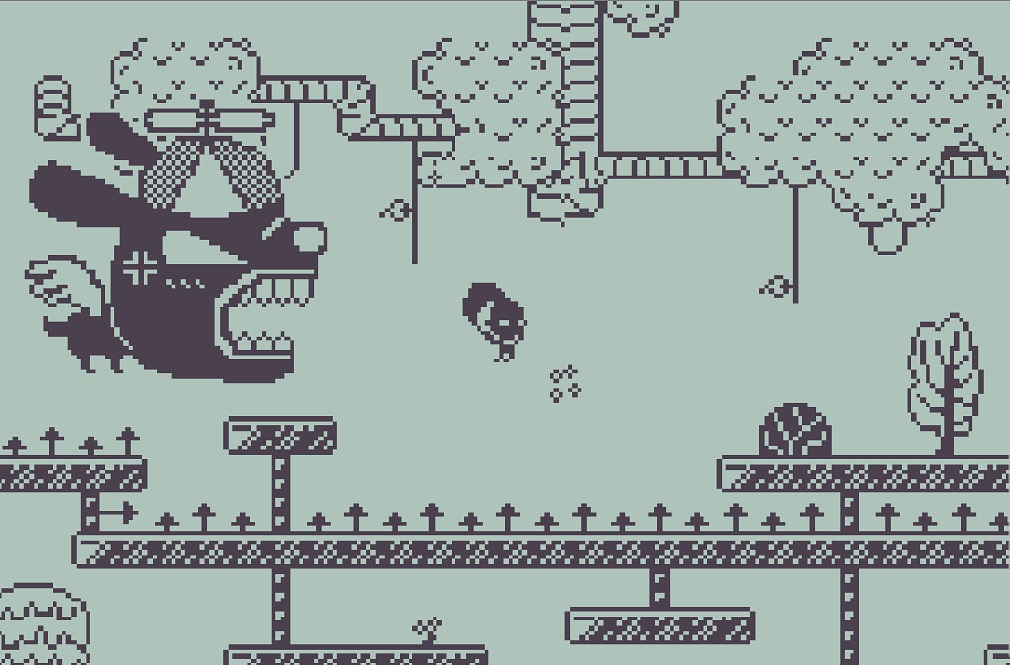 To cut a long story short, our judges absolutely loved it! They found it to be very well made, with good controls and engaging gameplay, comparing it favourably to Super Mario.

Our judges also praised Pixboy’s retro elements, art design, and music, which complimented each other perfectly.

6 months on from its second place finish in Poznan, the game’s developer has been gathering player feedback, greatly improving the game’s level design, and changing all UI and HUDs to deliver an improved user experience.

New animation sequences, the ability to play in a variety of retro-color themes, and the inclusion of four world bosses, rank among the Pixboy’s most significant updates so far.

What’s more, the game’s developer has delivered on its promise to include over 40 handcrafted levels (at launch).

After more than a year of development, Pixboy is finally near completion and is expected to launch worldwide in just a few short months. To keep up to date with Pixboy’s development, you can follow the devs on Twitter and via their official site.

2019 saw Pocket Gamer bring the Big Indie Pitch to Romania. We saw a fantastic turnout during our debut at DevPlay 19, but it was neverGames’ top down, Cyberpunk-inspired, action title, Gridpunk, that stole the show.

neverGames’ pitch was judged to be the standout presentation of the day, with the devs earning plaudits for their structure and ability to sell the game so well. Not that it needed over selling as the quality of the game was quite simply amazing. 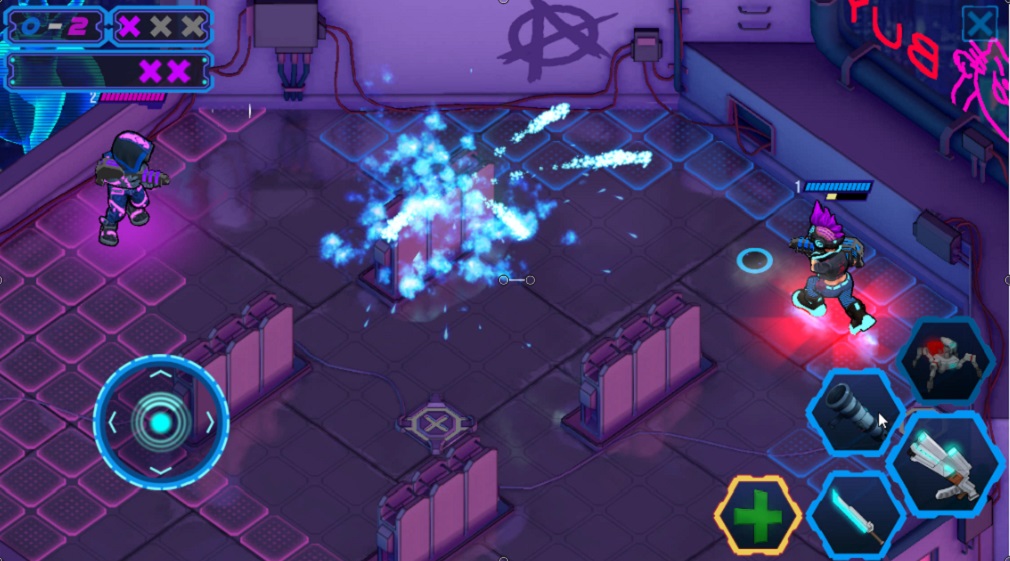 After receiving extremely positive feedback on the graphics and design of the game, neverGames has been hard at work delivering improvements to the game’s core gameplay, including

Last month, the devs released an update for the US and Mexico market (where the game’s currently in Beta) which brings 3 new weapons and a new league.

After nearly 3 years of development, Gridpunk is expected to be released some time later this year (preferably before the release of Cyberpunk 2077). You can follow the game’s progress via Facebook and Discord.

PGC London 2020 proved to be among the best Very Big Indie Pitches we’ve held so far, with over 30 developers taking part.

Among the field of talented indie devs was FunPunch, a four man team from Portugal that picked up third place for its upcoming idle RPG, Forge Quest.

The devs made a fantastic impression on our judges, delivering a refined pitch that left them completely enthralled. They were extremely impressed with the quality Forge Quest displayed, praising its high level of polish, concept, and unique two screen mechanics. 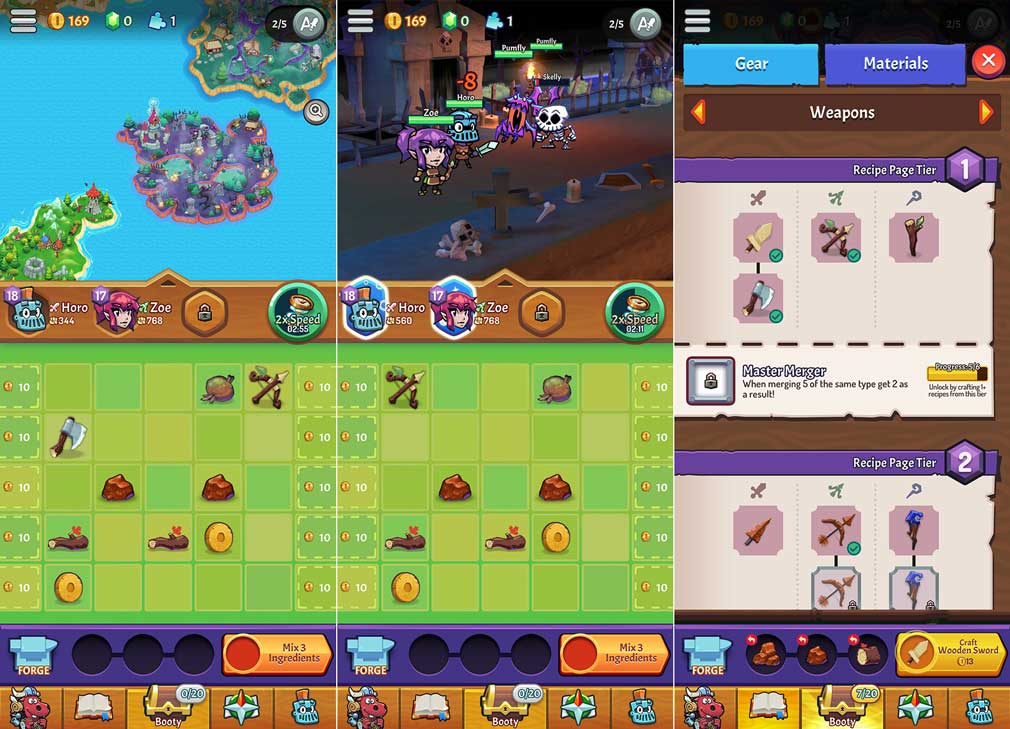 Forge Quest is still firmly in development with Fun Punch announcing some lofty ambitions for the project. If these ambitions are met then the finished game will deliver an experience that mixes a deep layer of crafting with idle game mechanics on the surface. The intention is for players to expand their parties as they progress, fighting new foes and discovering new abilities and weapons.

Previously the team has worked on Strikers Edge, an award winning, PC and PS4 multiplayer arena dodgebrawl, and has provided gamification solutions for multiple companies.

Currently the devs are focusing on getting the game ready for soft-launch, working hard to tie off a few loose ends, balancing, onboarding and monetization. Progress and updates for Forge Quest can be followed via the team’s Facebook and Twitter channels.

Game Dev Days 2019 was a thoroughly enjoyable show for us here at Pocket Gamer and there was some fantastic talent on display during our very first Big Indie Pitch held in Tallinn.

However, as always there’s only ever one winner and the game that stood out head and shoulders above the rest was the beautifully designed chess battler, Dark Chess.

Dark Chess takes the traditional rules of chess but completely alters how it’s played by introducing a shroud of fog that hides your opponents units. This simple but brilliant concept is played out in fast paced PvP battles that promises to appeal to both avid chess-lovers and novice board game enthusiasts alike. 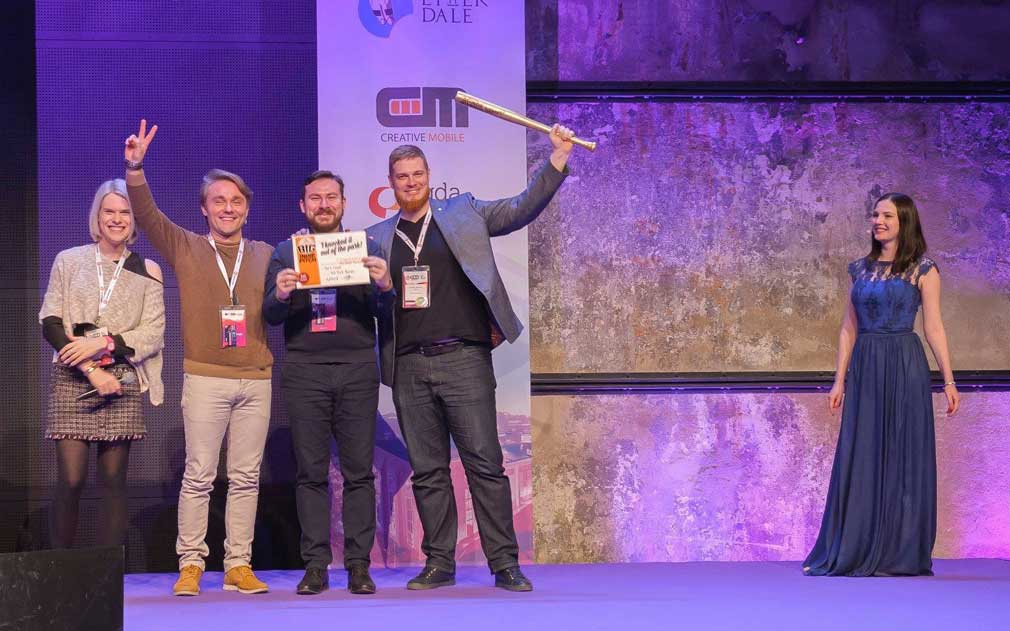 Even though it was still in its early stages of development, Dark Chess thoroughly impressed our judges with its original concept, fantastic artwork, and intriguing gameplay. It was immediately evident that the developers were on to something special.

Besides the core concept itself, which puts a novel twist on the classic board game, what really stood out was the polished design which earned favourable comparisons to Supercell’s triple-A titles.

Since its first reveal to the public at Game Dev Days 2019, Tall Troll Games has been touring its chess battler at game shows around Europe where it continued to garner attention and awards. Notable highlights included being nominated Best Mobile Game at DevGAMM Moscow 2019 and DevGAMM Minsk 2019, as well as being nominated a Game Deconstruction Finalist at White Nights Amsterdam 2020. 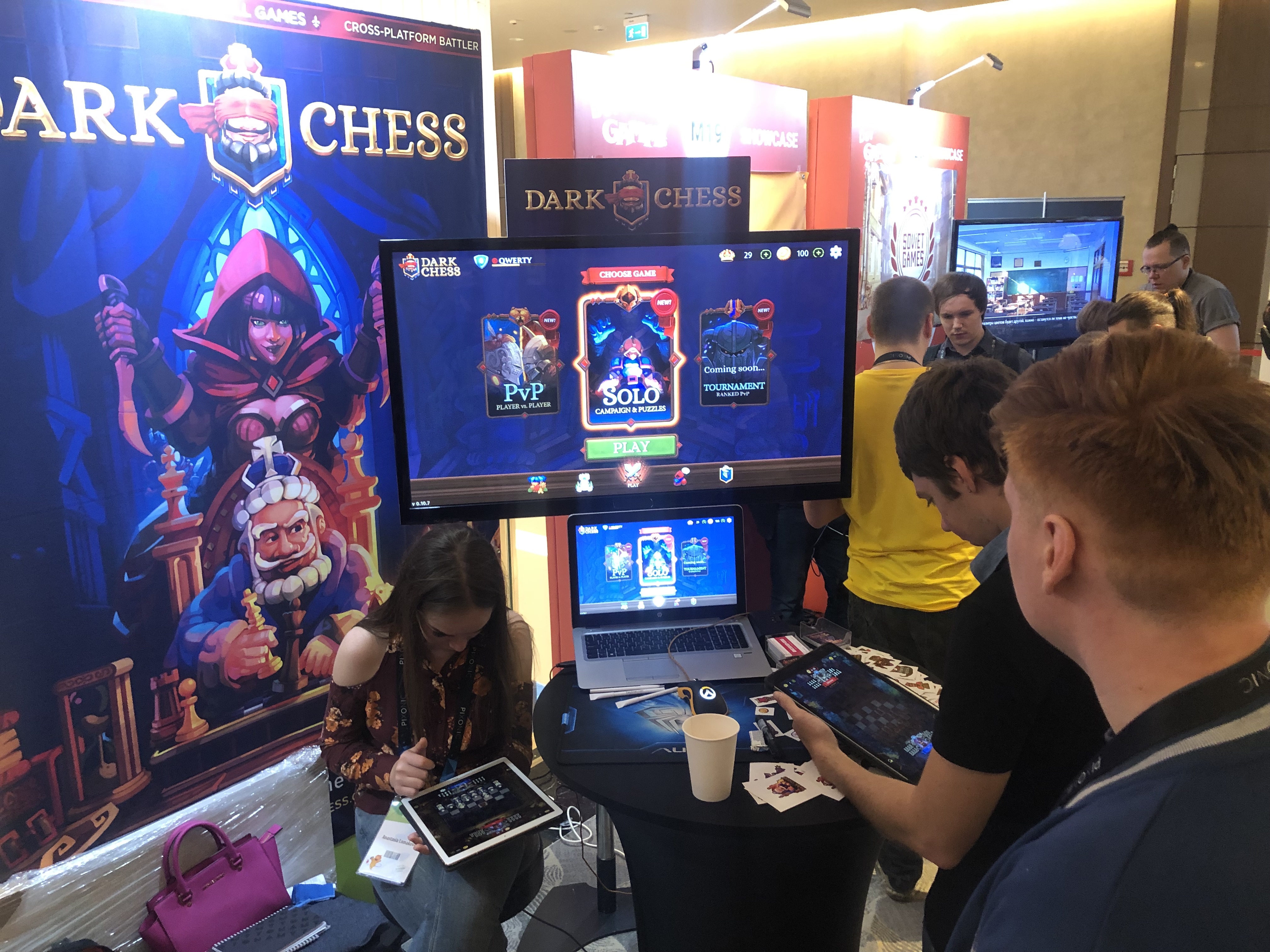 Right now the devs at Tall Troll Games are hard at work implementing feedback from testing and putting the finishing touches on Dark Chess’s PvP feature in time for its Q3 release on Steam, iOS, and Android.