Story of a Gladiator is a brawler where players battle their way through to become the champion of the arena. A prestigious title no doubt and one we wanted to see if our App Army could achieve, but more importantly, whether or not they enjoyed that challenge.

When I watched the gameplay video I thought this was going to be a fun bloody game. But what I found (admittedly I didn’t have a long time to play due to work) was boring 2-D graphics with few options that I could find and clunky controls.

The tournament play does give you the option of different characters with loadouts including a trident and net and a lion, or a tiger and a panther, or just the standard sword and shield, but for the lion and tiger and panthers, there was no button that I could find to use them, nor was there any explanation.

Ease of use for these loadouts could have made it a great idea. Instead, it was a short-lived study in disappointment. I know that there are 36 battles in all and many variations of gladiators and animals. But honestly, my short experience was so humdrum that I have no interest in exploring all the options. Great idea. Disappointing execution. 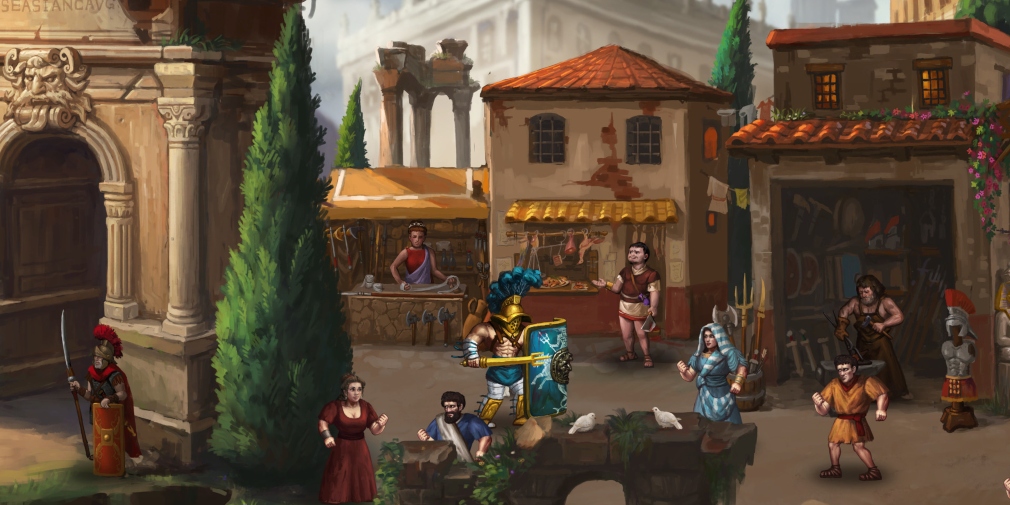 I like the presentation. The animation is a bit stiff but controls let it down. I think it is going to be too Grindy for my tastes. I played it a while but quickly got bored with it.

Nice idea, I liked the graphics and the introduction at the beginning of each story. The more you advance, the more background on your character they give you. The game is intuitive, it doesn’t have a tutorial and offers different gameplay styles.

The battles are a little repetitive, but I honestly enjoyed the game as a whole. I understand the critiques by Mark Abukoff though, in the end, I think it depends on the expectations you have (I didn’t watch the play video, nor I had any idea at the beginning about what to expect, besides Pocket Gamer’s article). 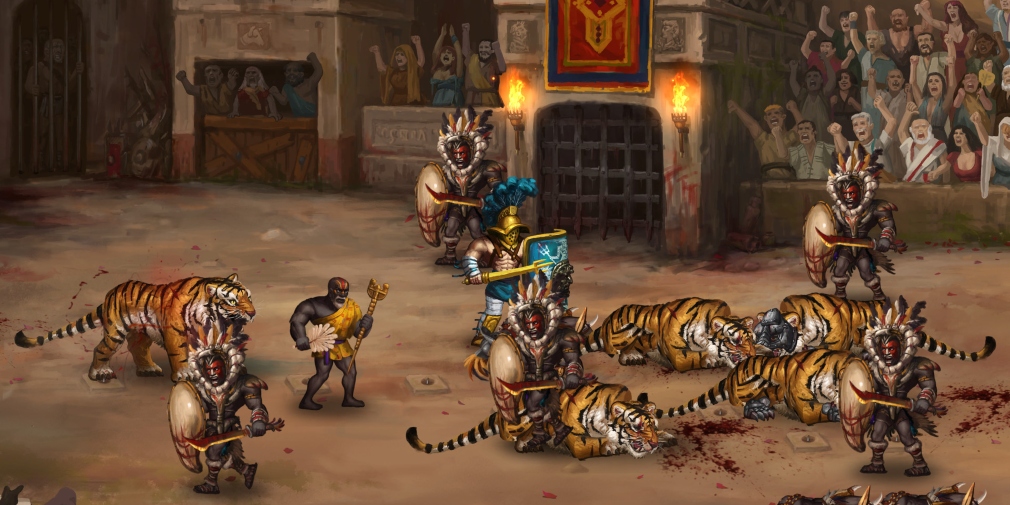 Have tried Story of a Gladiator on my Samsung J5 Pro and while I do like the game and the idea, I also found that the controls were quite hard to use especially on a smaller screen, have tried it on my Samsung tablet and found it a little easier.

I liked the intro, the story and also the graphics of the game but also haven't had a whole lot of time to progress too far into it. Everything does feel like it could be quite grindy to gear up your characters so would need to spend a fair amount of time on it.

I agree with the other players, it’s not what I expected, no tutorial, or anything to tell you what you’re supposed to do. It feels kind of generic and you gotta play for hours and hours just to make very little progress. It’s a game that felt like it it’s missing something and as a finished game, I think it needs more work on gameplay.

It’s just not quite there yet and got tedious even for me and I’ve played many games where repeating missions for resources to get ahead was fun, but this game is just missing something to make me want to play more, but I will play a little longer just to see if it gets any better. 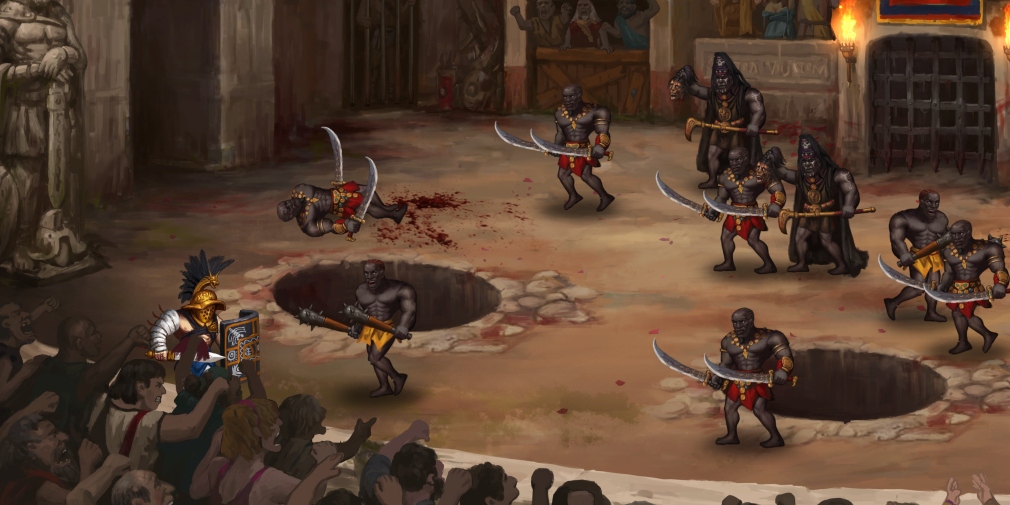 Story of a Gladiator is an interesting beast, it is resource-intensive, requiring a 2gb device and 1.3GB of storage space. For its heavy footprint, the animations are pretty limited, and arenas are pretty standardized. You start in an arena, you can roll, sprint, and block between slashes.

Movement is sluggish, moving over to and hitting an enemy can feel like trying to grab sashimi with chopsticks (if you are unpracticed). Compared to other brawlers on iOS like Wonder Blade, SoaG doesn’t come in as fun to play, Tournament mode which features three character builds is going to give you more promise of fun than the bleak starting gladiator with his wooden sword.

SoaG has a saving grace for all its flaws, it holds you to a high standard of performance, you have to master the clunky controls, learn enemy behaviours, and develop techniques beyond mashing buttons. There’s a strange charm to SoaG which reminds me of Dark Quest 2: resource-heavy, clunky but when you take them on their own merits and get through the crusty outer layer, you will find a rough gem.

I’m afraid this game didn’t hold my interest for long. It had good, colourful graphics, the background sound suited the subject but it just lacked any real variety. As I played through the levels nothing really changed. I assume I could upgrade equipment, etc., but the actual fighting left me wondering why I would want to go to the next level.

The gameplay was bloody but the controls needed to be smoother, and it did try its best to make me feel like a gladiator. However, every level seemed the same as the previous ones, and although the opposing contestants were varied there wasn’t anything new to the fighting and I wasn’t playing long before I got bored. I just needed a bit of variety as one round dissolved into the next. A game that could have potential if it was tweaked with some real excitement. 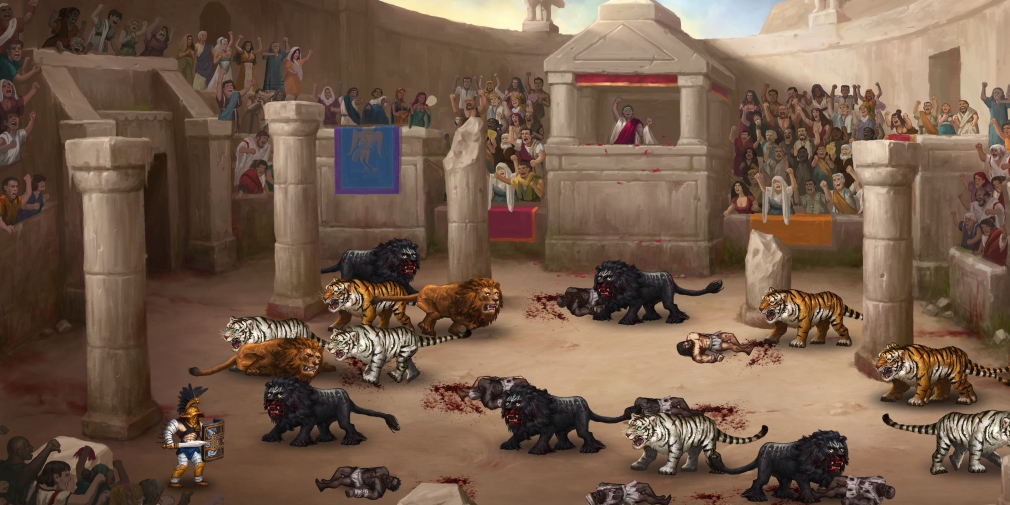 What a dreadful game. Everything from the awful animations to the poorly executed touch controls served to frustrate me. The game was bland, grindy and seemed to lack any imagination. I would compare this to a gaming students college project rather than a fully-fledged app. So in summary, fair to say I was not a fan and would definitely avoid.

I honestly quite like the art style, particularly in the cut scenes. Voice acting is good too. The gameplay is simple. Attacking feels good and fluid. It’s everything else that makes the game fall apart. Movement is slippery and it is difficult to line up your gladiator with enemies. This is particularly bad when blocking with the shield, which I find frankly useless. It’s not a horrible game. It has potential but it needs work.

Tried the game on my OnePlus 7T Pro and the game itself looked promising with cool old-school graphics. The game runs great and the sounds are good. I actually really like the graphics and the look of the game. But the game falls flat when you start fighting in the arena, as the controls are terrible and most of the unlockable features are hard to use and control.

What could have been great with levelling up and buying gladiator stuff, turns into a grinding experience and the lack of different fights make the game tedious. So all in all the game is okay, but falls flat along the way and becomes uninteresting.

I hope the developer adds more things to do and different areas to the game. Who knows it might show up if I play the game for a longer time, but as it is now I have to play the same level again and again to get money and to upgrade just a tiny bit. 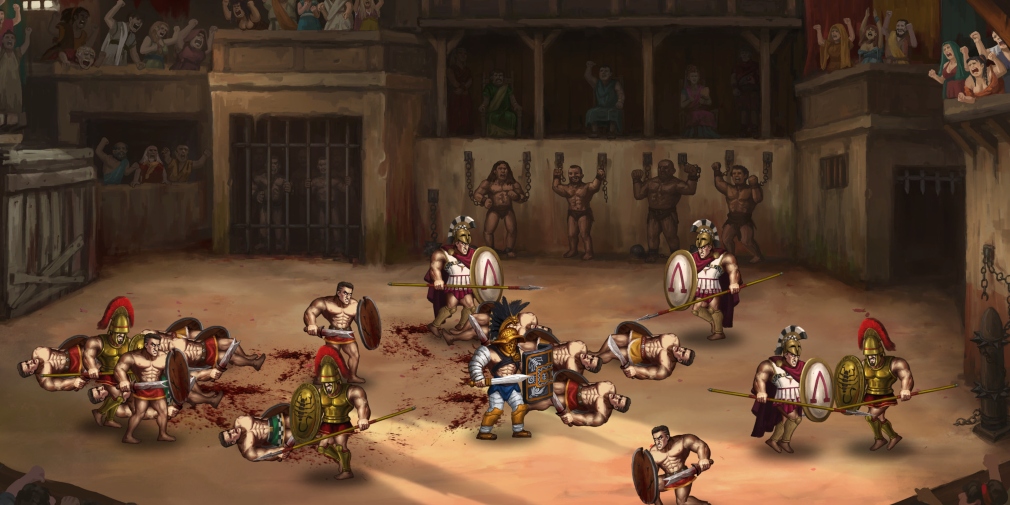 The game is interesting. What I like is the storyline which underpins the campaign play mode and the fact that you can play in three major civilizations during the era of gladiators (Greece, Carthage, and Rome - although in reality there were more civilizations around) in the campaign mode. The game from a distance looks like a mindless beat em up but it is not. You need to use a little strategy in fighting your opponents and the multiples that they come in. The graphics are fine as well and the concept.

The things which bring this game down are repetitive gameplay, confusing gameplay, where there seems to be too much going on within a space. The controls which need some reworking as their placement is all over the place and can confuse the player at times.

Also, there were more civilizations around and these could be added to the campaign mode in an update. Another issue I had was playing the same level over a number of times just to raise money to purchase various unlockables: armour, weapons, and shields. This could be better improved. 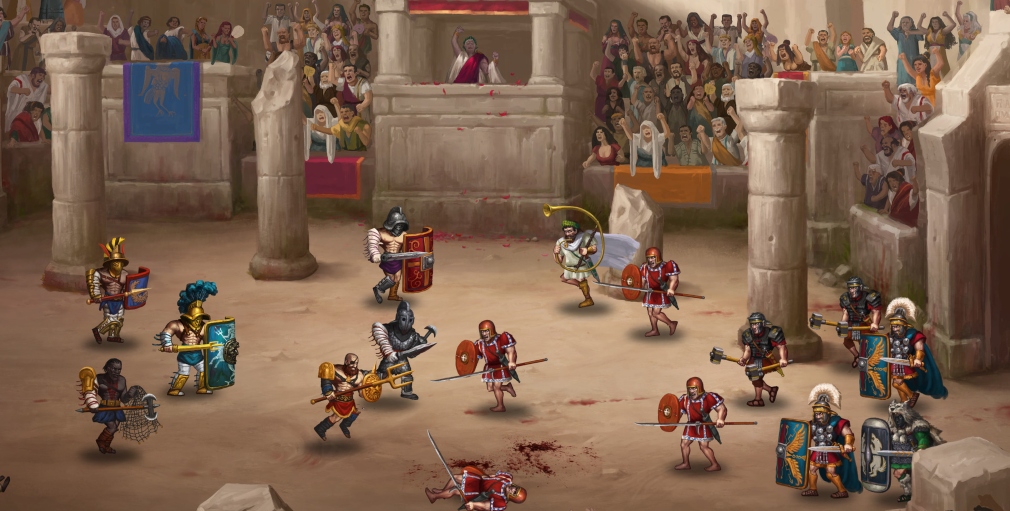 This game reminds me of either an old school Miniclip game or one of those games that were first released when the iPhone initially came out: neither of those things screams quality to me. The graphics of the game look fine but they’re let down by the repetitive gameplay. I never found myself wanting to pick this up and continue playing.