Mr. Pumpkin 2: Walls of Kowloon is an upcoming point-and-click adventure game heading for iOS and Android in April

Lilith Games and Cotton Games have announced that their next game, Mr Pumpkin 2 Walls of Kowloon, will be heading for both iOS and Android devices on 24th April. It's a point-and-click adventure game that follows the titular protagonist Mr Pumpkin as he explores Kowloon's Walled City.

He'll make his way through the city using a mixture of cable cars, buses and tramways. Along the way, he'll meet with various citizens and learn their own individual stories of survival whilst he tries to find a way to escape the Walled City. The game's narrative is also told episodically so you can expect the odd cliffhanger to keep things interesting. 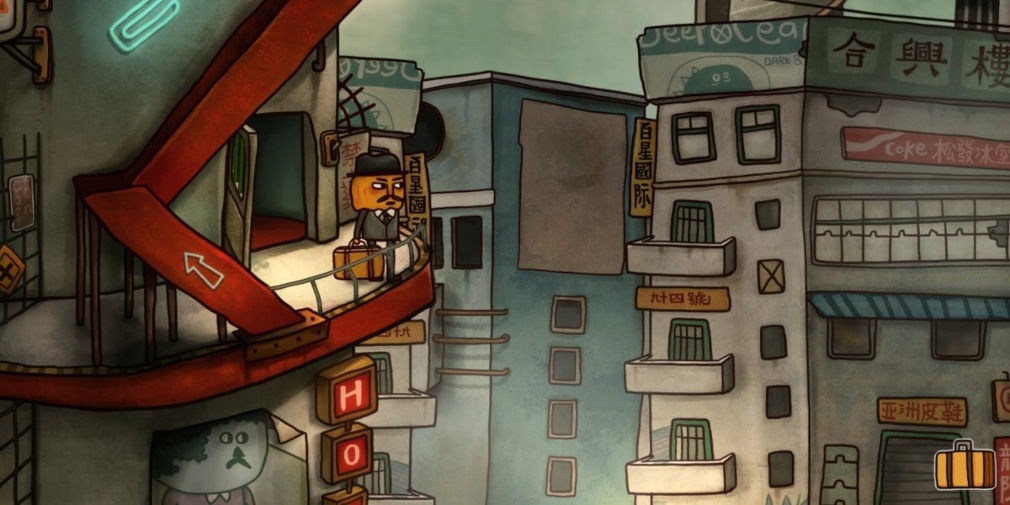 To escape the city players will be faced with a variety of puzzles and mysteries they'll need to solve that will lead to the ultimate goal of breaking the code of the Dragon Gate, which prevents him from leaving. It'll play out as you'd expect from a point-and-click game then, with plenty of Easter eggs and other secrets to uncover for those that explore thoroughly.

It aims to pay homage to 90's Asian films with its aesthetic and soundtrack, so fans of that kind of cinema are sure to find some nostalgia in Mr Pumpkin 2. Of course, if you're a fan of both the game's genre and inspiration, you'll get a doubly nostalgic hit, which is always nice.

It certainly has a unique hand-drawn art style that I've not seen too often – apart from in the game's predecessor, naturally – that definitely works in its favour. It won't have any problems standing out in the various storefronts, so if it delivers with its puzzles and story we could be on to a winner.

Mr Pumpkin 2 Walls of Kowloon is available to pre-order now over on both the App Store and Google Play ahead of its release on 24th April. It will be a premium title that costs $1.99.

Bowling Crew lets you take on players around the world in 1v1 games, available now for iOS and Android