Slated to release on April 29th

Nothing quite has the ability to grab my attention like the promise of dinosaurs armed to the teeth with an array of guns. It's for that reason that Pixonic's upcoming multiplayer shooter, Dino Squad is now firmly on my radar. It'll be heading for iOS and Android on 29th April.

The game was inspired by an 80s cartoon called Dino-Riders and the idea was conceived during a game-jam the studio held in 2018. If you're an avid mobile gamer you'll likely be familiar with Pixonic's other title War Robots, which released in 2014 and has been downloaded 150 million times since.

There will be 17 different dinosaurs to choose from, each having their own different playstyles. You can opt for a more stealthy approach with a velociraptor or make your intentions clear from the start by picking the good old T-Rex. Aside from their mounted guns, they'll also be able to perform tail sweeps and chomp on their enemies.

There will be an abundance of customisation options available to players too, with each dinosaur having a selection of weapons and armour they can equip to enhance your preferred playstyle. There will also be a skill-based progression system that will see your battle dinos grow stronger as you continue to play the game. 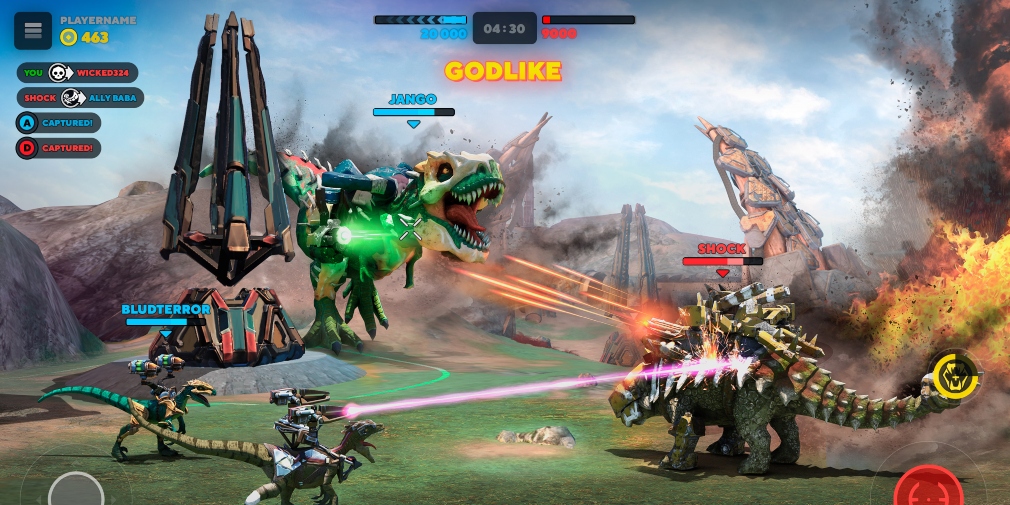 These prehistoric creatures armed with high-tech gear will do battle across 6 varied maps. There will be long grass on some which are good for the smaller dinos to hide in whilst others will be home to hazards you'll have to be mindful of such as lava and changing water-flows.

Dino Squad is available for pre-register now over on the App Store and Google Play ahead of its release on 29th April. It will be a free-to-play game with in-app purchases.

Looking for some multiplayer games to scratch that competitive itch? Here are 25 of the best available for iOS
SEE COMMENTS