The obvious answer is the Nintendo Switch Pro Controller, but it's costly, and if you're not going to play either multiplayer or docked often, then it's questionable if it'll be a good investment for you. That's exactly why established and trusted brands like Hori are making licensed Nintendo Switch controllers, so you can play multiplayer on a budget while being assured that everything works as intended. Hori's Wireless Horipad will be the controller we're looking at today, and it's a competent alternative to those of you looking for a traditional controller to play with on their Nintendo Switch. 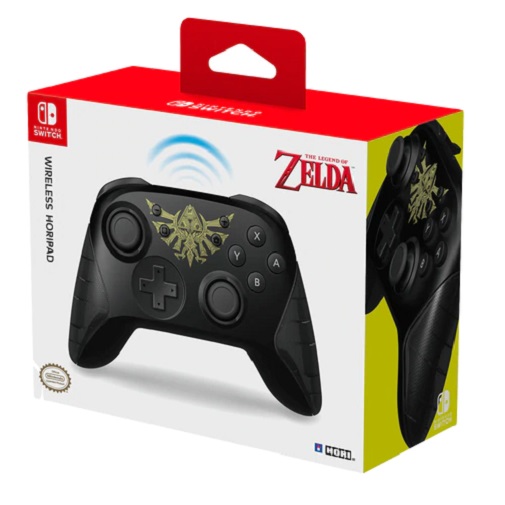 This is what the pitch ultimately is. The Wireless Horipad has the layout and features you're looking for from the Nintendo Switch Pro Controller, but at a more affordable price, making it perfect if you want a second controller for multiplayer, or if you seldom play the system while docked.

The benefits of having a more traditional controller are obvious. I stated in my review of the Hori Split Pad Pro that the JoyCon are very nice for handheld play, but when you're playing more serious and demanding games, like Wolfenstein, DOOM, or Astral Chain, they don't feel up to the task - that's without mentioning the JoyCon Drift issue, which I myself suffer from. A "proper" controller, like a Pro Controller or the Wireless Horipad is a much better way to play these games, and if you can save money while you're at it, you really can't complain.

In terms of layout, this controller follows the layout set by the Nintendo Switch Pro Controller quite faithfully. The layout of all face buttons, stick positions and even charge port and indicator lights are all in the place you would expect, and similar to an Xbox 360 controller. As a result, you can sit down and play games with it immediately, since it feels so natural.

However, it is somewhat light. It's reminiscent of the Wii U Pro Controller, which had a famously long battery life but was shockingly light in the hands. Just like that controller though, this one doesn't suffer from feeling light in the hands, and you can sit with it for hours very naturally - it also can last for 20 hours on a single charge, which isn't bad at all. The form factor sits into larger hands very nicely, offering a slightly more bulky, but no less comfortable alternative to the Nintendo Switch Pro Controller. If a complaint is to be made, it's that the Share and Home buttons are higher up than on the Pro Controller, which caused me to press them instead of the + and - buttons multiple times - though, that could just be my muscle memory to blame.

In terms of design, it looks very stylish, and thankfully, there are several different designs to choose from. That official Nintendo license has allowed Hori to create controllers emblazoned with logos from Super Mario and The Legend of Zelda, so in addition to being a decent controller to play with, it can absolutely be a nice collectible for fans. 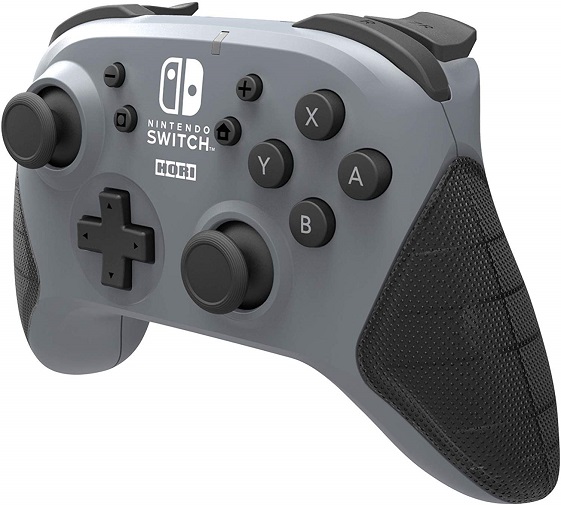 This is what you need to know: the D-pad is good. It's a little bit soft but still perfectly accurate for fighters and platformers alike. There are no clicky buttons here, all buttons have the same tactile feel that traditional controllers usually have - slightly soft, and immediately shoot back up after being pressed. The analogue sticks are also perfectly fine. The sticks feel as if they have even more range of motion than the Switch Pro Controller, which is no bad thing.

The L and R shoulder buttons are also very good, on par with what you'd expect from an Xbox controller, while the ZL and ZR triggers are a little bit disappointing, honestly. In fairness, the triggers on even official Nintendo Switch controllers are a bit lacklustre, but this feels like a slight step down. They are digital, but a soft trigger and a fairly large, unnecessary, range of motion - though this might feel more natural to those used to the DualShock 4 or Xbox One controllers.

This controller doesn't have rumble of any kind. This explains why the pad is so light and has such a good battery life, but this is by far the biggest problem with the controller. It does have the necessary internals for gyroscopic features though, which makes it ideal for games like Splatoon 2, or if you would like the ability to use gyro aiming in other shooters, or even games like The Legend of Zelda: Breath of the Wild and Super Mario Odyssey.

But all of those games also lose something when you take away all of the rumble features. Honestly, the lack of rumble is pretty much the only fault I can level at the Wireless Horipad - everything else it does perfectly well. Perhaps the undersides of the triggers has some rough plastic that could've been sanded down or shaped a bit better. Now that's me getting as picky as possible. 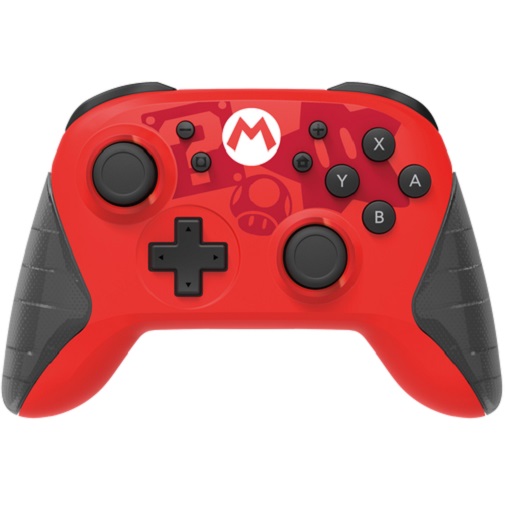 It feels good, plays great, lasts for 20 hours on a single charge, and if you get one of the Nintendo designs, it can even be a nice collectible. If that sounds good to you, then there's no reason why not to get a Wireless Horipad - though, if I'm being honest, if I were buying a primary controller to regularly use playing a Nintendo Switch while docked, I would buy a Pro Controller. For me, the rumble is important, and the slight ergonomic differences are preferable. For a friend, though? They can use the Wireless Horipad, and they'll never know that they were missing out on anything.

The Wireless Horipad is a controller that is built with quality and bought at a decent price. There's an argument to made for paying the extra money for a Pro Controller, but if you're on a budget or buying a second controller for friends to play, this is a perfect choice. And those Nintendo designs look really nice, too.
By Dave Aubrey
| Mar 18, 2020 |
Switch