Download Roundguard on Apple Arcade - you won't regret it

Bless mobile developers for continuing to push the envelope. When I looked at Dungeon Faster, a turn-based card-game roguelike, I thought the genre had reached its peak. There was no way they could come up with more ideas to reinvent the roguelike genre. But they keep on doing it - and this time with Peggle.

Roundguard is a mobile roguelike which is available right now on Apple Arcade, and it quite purposefully recreates Peggle, but infuses it with roguelike elements. You have health, mana, and items you can collect to help you along your way, and each stage is a level of a dungeon, and defeating all of the enemies will be the only way you can make it through. 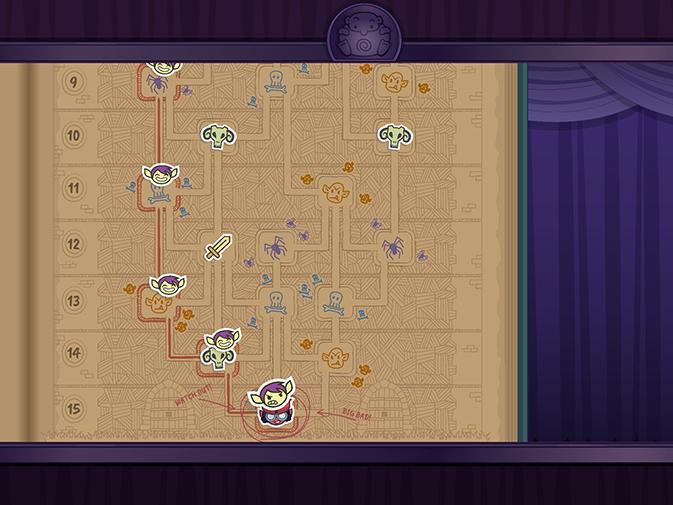 This is one of the most inventive roguelikes I've played in recent memory, and if you have an Apple Arcade account, there's absolutely no reason to not jump into the game immediately. Now that I have you convinced, let's go through some tips, shall we?

These are the expert tips you'll need to get through the first few acts of Roundguard - for the rest, you're on your own!

It really is what it says on the tin. The game is essentially Peggle when played stage-to-stage. You take out all of the enemies by launching yourself at them and using your special moves, and you move on once they're all dead.

It will also be important to collect gold and treasure, which you'll do by wiping out all the pots/pegs, and there will be health and mana potions to rush into too.

Your health will go down whenever you land on spikes or clash with enemies, while your mana will be used when using skills. You can see how the roguelike elements fit in here, right?

You will start out with the choice of three different characters to rush into dungeons with, the Warrior, the Rogue, and the Wizard. The Warrior has high defense and can tank hits, but honestly? He's the worst character.

The Wizard is very cool, and is able to launch lightning strikes across the stage. A very well balanced character, with too little defense.

The Rogue sits between the two, but has an important default skill: the double jump. You can use this to guarantee hits on enemies and escape certain doom. Essential, and the best character by far.

That's the theme of Peggle, right? Hit a lot of pegs, get a lot of points, big combos, right?

Well it's the same here, for the most part. Hit a lot of pots, kill a lot of enemies, and land in the central high-loot zone at the end, and you'll get loads of points.

For a nice bonus though, you should definitely attempt to hit the pot which contains the scarab, and then your entire turn will be given a massive boost to your gold and points. Gold is great, because it'll give you better chances of getting rewards when you spin the wheel in between stages.

4
More cushion for the pushing

It doesn't matter what happens during your turn, just attempt to land on the cushion at the end. That's it.

You can lose all of your health, literally be sitting at zero and get hit a dozen times, but as long as you land on the cushion at the end and not the spikes, you will survive into the next stage. It's as simple as that.

The Rogue's double jump is amazing for saving yourself at the last moment, so if you want to make it as far as you can into the dungeon, that is our suggestion.