Bring the "heat" with this new mage.

Epic Seven is adding some more firepower to its lineup with its latest update. It also includes a brand new story experience for you to enjoy.

Kwerik joins in on the battle in Epic Seven and can now be added to your team and his abilities are pretty cool as well. He is a fire mage that can deal a lot of AoE damage. Fire mages are already awesome, but to have devastating environmental attacks make it even better. His moves are so powerful that he gains speed boosts when they connect with enemies.

The versatility in his skills could potentially make him one of the game's deadliest heroes. Beyond raw firepower, he has the ability to increase skill cooldowns which can be a huge benefit. He can also mess with opponents by hitting them with the "Silence" move which dispels their buffs. Also, when dealing AoE damage, his increased speed will allow you to penetrate through enemy defences. This is a scary ability if you're an on the receiving end.

Wait, there's more. Not only can you enjoy Kwerik as a character, but you can also get immersed in his backstory as well. In "Requiem for the Forsaken" Side Story, you'll get to take a trip into Kwerik's past. The events take place after the Archdemon War which he played a huge role in. 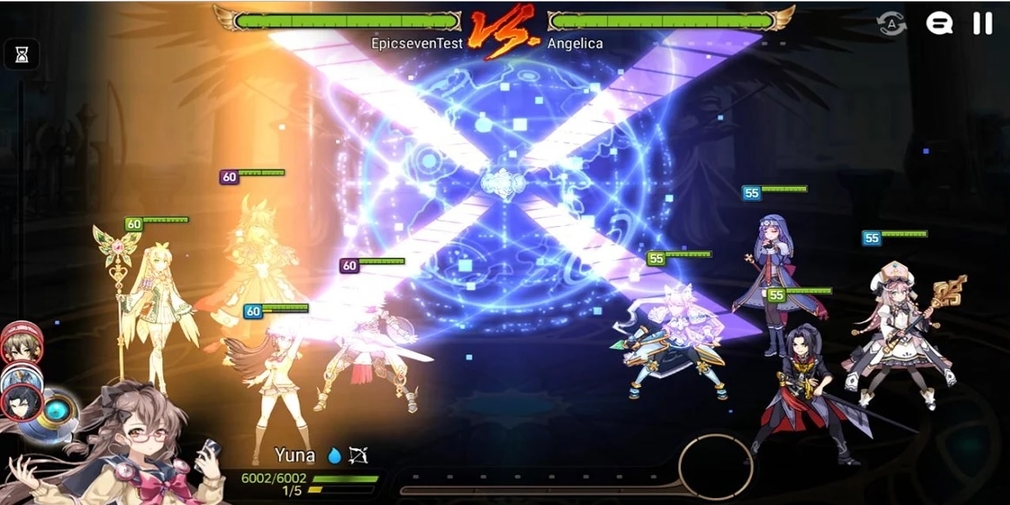 Following the war, he struggled with himself, having a hard time making choices thanks to the side effects he was suffering. On top of that, he was lonely, as the world abandoned him and created this tragic part of his life.

You'll have a chance to obtain some cool items such as Covenant Bookmarks when you complete the Side Story. You'll also be able to score some ingredients to help take Kwerik to the next level by increasing his power.

Epic Seven is available now for free on Google Play and the App Store.

Enjoy RPG games like Epic Seven? Then check out the top 25 JRPG games for iPhone and iPad.
SEE COMMENTS