Roundguard from Wonderbelly Games is the latest addition to the Apple Arcade roster and it's available on the subscription service now. It's been described by the developers as Peggle meets roguelikes so if that appeals to you and you're not an iOS user, you can also pick the game up on Nintendo Switch.

In Roundguard you'll make your way through a plethora of randomly generated dungeons – where quest events and elite monsters locations are also procedurally chosen – using pinball physics. That's right, you'll be bouncing about the different levels trying to wipe out the various enemies that stand in your way.

You start each stage attached to a catapult and will have to aim it at one of the enemies on the screen before tapping to launch your character at them. There's a little more to it than simply launching yourself in the direction of the numerous foes, however.

Each enemy will hit back once you've rudely bounced into them so you'll need to also ensure that you're bouncing into health potions too. There will also be a variety of special attacks at your disposal that will consume mana, so you'll need to try and ricochet into the blue potions as well. 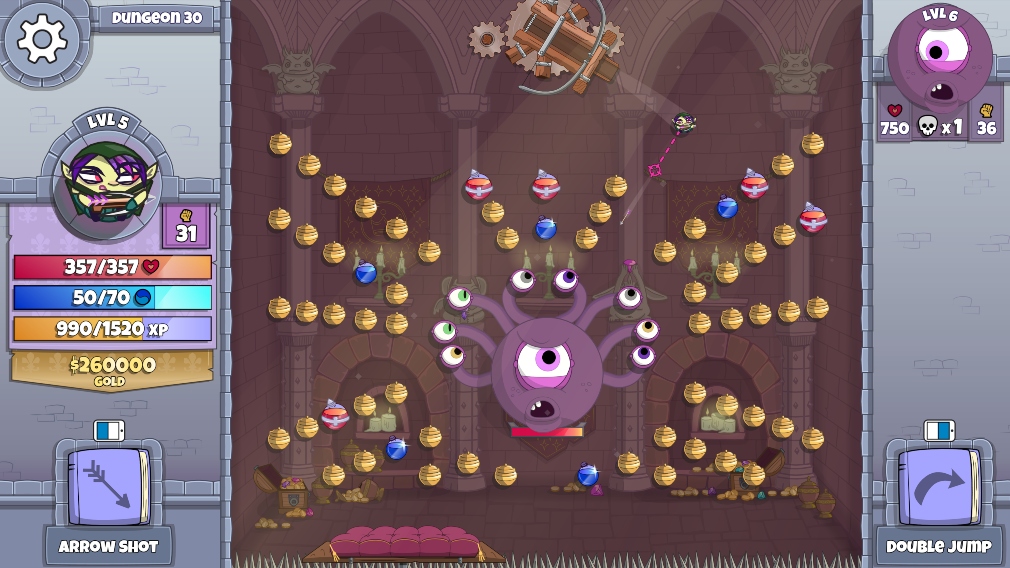 This a roguelike game too, so if you die you'll have to start afresh. However, the gold you accumulate in the previous attempt can be spent on a trinket that will give you different benefits on the next go-round. There are over 100 trinkets and items to discover with various combo potential so you'll want to tinker with them to find what the best synergies are.

Fan of roguelikes? Here are 25 of the best available on iOS
SEE COMMENTS