More than a hint of RDR

Frontier Justice: Wild West is an upcoming western sim that clearly draws a lot of inspiration from Rockstar's Red Dead Redemption series. You play as a gun-toting bounty hunter seeking riches and glory out in the old west.

With its first official gameplay trailer now live, it's clear to see the game's attempting to do a great many things. You'll spend your time tracking down criminals, engaging in intense duels, gambling away your earnings, hunting rare animals, breaking in horses, expanding your arsenal, and building up a town.

I can't think of too many mobile games that try so many things at once without letting the ball slip here or there. That said, the various mission types look fairly straightforward from a gameplay perspective, which isn't necessarily a bad thing.

For example, it doesn't look like you have the option to move around the levels. Instead, you'll remain in the one spot and perform a small mini-game to claim your prize, whether that be some pricy pelts or a couple of captured outlaws. This could work quite well if the shooting mechanics offer a decent amount of punch. 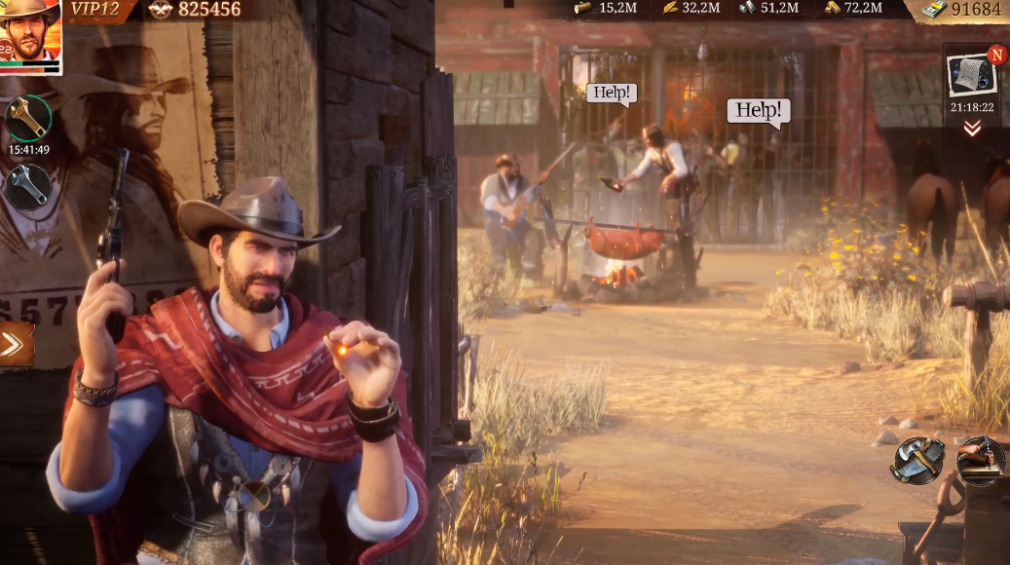 Progress can be made by earning cash and gradually expanding your town, deciding which shops and buildings you want to focus on creating. Improved weapons can be purchased from the gunsmith, including a varied assortment of pistols, shotguns, rifles, and knives. These should hopefully keep the combat enjoyable for a bit longer.

As spotted by Mobile Mode Gaming, Frontier Justice: Wild West is now available for pre-registration from over on Google Play. If you'd like to find out more, the game's Facebook page is seemingly quite active. No firm release date has yet been announced, though those who pre-register are promised a reward worth $100 once the servers go live.

Searching for more action-packed mobile games? Here are 25 of the best for Android
SEE COMMENTS