Mindkeeper: The Lurking Fear, now available for iPhone and iPad, is an unsettling horror game inspired by the tales of H.P. Lovecraft

Mindkeeper: The Lurking Fear is a Lovecraftian adventure game that puts you in the shoes of an investigative detective exploring a seemingly monster-filled mansion. Believe it or not, this one actually started life as an Apple Watch title, before eventually making its way to iPhone, iPad, and Apple TV today.

For me, that's a very good thing indeed – I don't have an Apple Watch, but I do enjoy skulking around creepy mansions and solving puzzles. And you'll be doing a fair amount of both here, as you soak in the atmosphere and discover "legends and lost realities of multi-tentacular beings that only exist in the abyss of the human mind". How lovely. 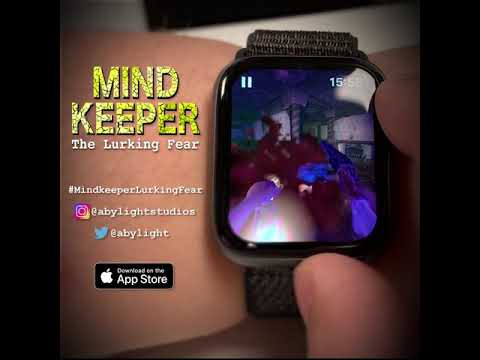 As its name suggests, the game is inspired by H.P. Lovecraft's horror short The Lurking Fear. There was also a film adaptation released straight to DVD back in 1994. Sadly, it wasn't particularly beloved, failing to capture much of what makes the source material work. Hopefully developer Abylight Studios' take will fare better.

It certainly looks the part, but I'm obviously more interested in how it actually plays. Watching the gameplay embedded above, I was a little surprised when a shotgun appeared on the floor. Throwing action into the mix hasn't often worked well for recent Lovecraft adaptations, including Frogwares' The Sinking City and Cyanide's Call of Cthulhu.

I suppose it's just a matter of finding a comfy balance between slowly building up atmosphere, offering brain-teasing puzzles, and then allowing you to blow a monster's head off for some catharsis.

And while it's visually impressive for an Apple Watch game, it'll be interesting to see how it looks when played on, say, an iPad.

If you'd like to see for yourself, you'll find Mindkeeper: The Lurking Fear available for purchase now from over on the App Store.

Searching for more quality puzzlers? Here are 25 of the best for iPhone and iPad

Speed Dating for Ghosts, the lovable dating sim, is available now for iOS