Thanks to Sociable Soccer and Football Aid

Sociable Soccer has today announced an exciting partnership with charity Football Aid. For the rest of the football season, you'll have the chance to attend upcoming English Premier League matches alongside ex-professional football players, well-known influencers, and the game's developers themselves.

The next match – Norwich City v Southampton – is set to take place at Carrow Road on March 14th, and we've got a ticket to give away to one lucky reader. Of course, it wouldn't be right to sit through the match on an empty stomach, so you'll also enjoy a three-course meal before getting comfy in your very own executive seat to watch the action unfold. 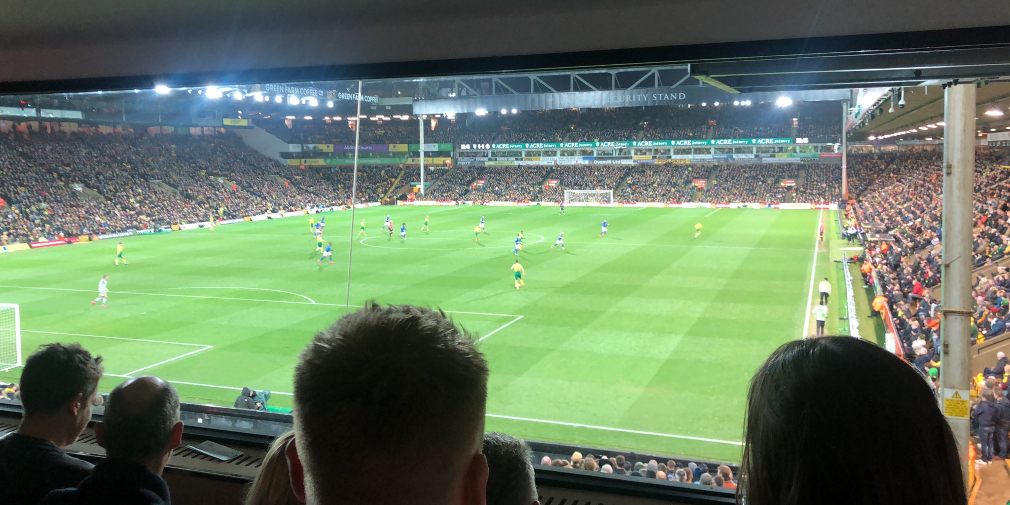 For those not in the know, Football Aid's goal is to give fans a once-in-a-lifetime matchday experience by allowing them to play on the turf of the club they support. It was created as a means of fundraising for a variety of community and charitable organisations supported by the clubs themselves.

Sociable Soccer launched late last year for Apple Arcade, offering fast-paced football fun in the vein of the classic Sensible Soccer series. It recently received an exciting PvP mode, and we've now detailed the game's next major update. For those without access to an iOS device, know that it's heading to PC and consoles later this year.

If you'd like to be in with a chance of winning a three-course meal and an executive seat at the Norwich City vs Southampton game on March 14th, all you need to do is fill out the form below: