Return the devastated forest to its former glory

The Witch's Forest is an idle clicker with RPG elements from Seoul-based indie developer Toward Inc. It originally released a little while ago but it has recently been updated for both iOS and Android which has hopefully fixed several bugs and optimisation issues.

The game takes place after the World Tree was burnt down by some mysterious and unknown force. Meanwhile, it's guardian the witch lost her power which led to the forest becoming contaminated. Thankfully a Light Sprite sacrificed itself so the forest would grow anew and the witch re-awoke.

It'll be your job then to ensure that the World Tree regrows to its former glory and to purify the entire forest with the witch, whilst uncovering what caused the contamination in the first place by conquering a mysterious tower. It's a very beautiful looking game, as you can see from the trailer above with a variety of creative designs for the various bosses and monsters you'll face.

The game itself – as already mentioned – is an idle clicker meaning that you won't have to put in a whole lot of effort when defeating these various monsters. The game can deal with this by itself and with each monster you slay, the forest will be purified a little bit more. 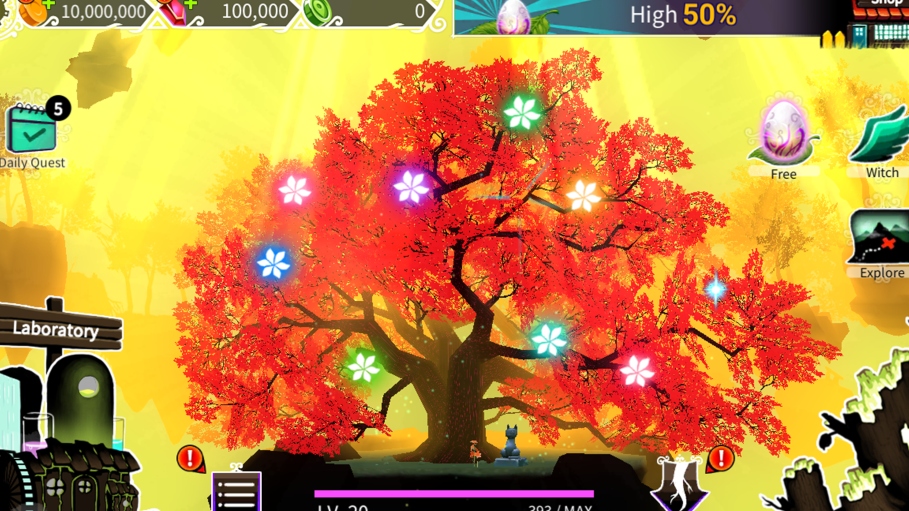 Elsewhere you'll also be exploring the forest where you'll be able to forage a variety of items. These can be used to upgrade and craft equipment that will make your witch more powerful and capable of dealing with the stronger monsters that have invaded the forest. There will also be different hairstyles and wings to adorn her with too if you'd rather focus on cosmetics than slaying woodland beasts.

The Witch's Forest is available now on both the App Store and Google Play. It's a free-to-play game with in-app purchases.

Prefer your RPGs a little less idle? Here are 25 of the best available for Android
SEE COMMENTS