The game is now available to pre-order on both the App Store and Google Play. It's also expected to release on 8th April as a premium game that will cost $4.49.

KillHouse Games announced that they'd bring Door Kickers: Action Squad over to both iOS and Android in November last year. As of today, you can now pre-register ahead of its release for Android.

If you're unfamiliar Door Kickers: Action Squad it is a retro-inspired side-scrolling shooter where you take on the role of a SWAT trooper who has to deal with numerous bad guys who are causing trouble across Nowhere City, USA.

Before each mission, you'll select your gear before busting down a few doors and shooting some bad dudes in the face. You'll need to make strategic use of cover and distance as you blast your way through the rooms to your final destination.

As you make your way through you'll accumulate points that can be spent on Strategic Abilities which can refill your health or gear. If that's too pedestrian though you can save up those Points and spend them on using your Ultimate ability to assist you with the clearing the final room on any given stage. 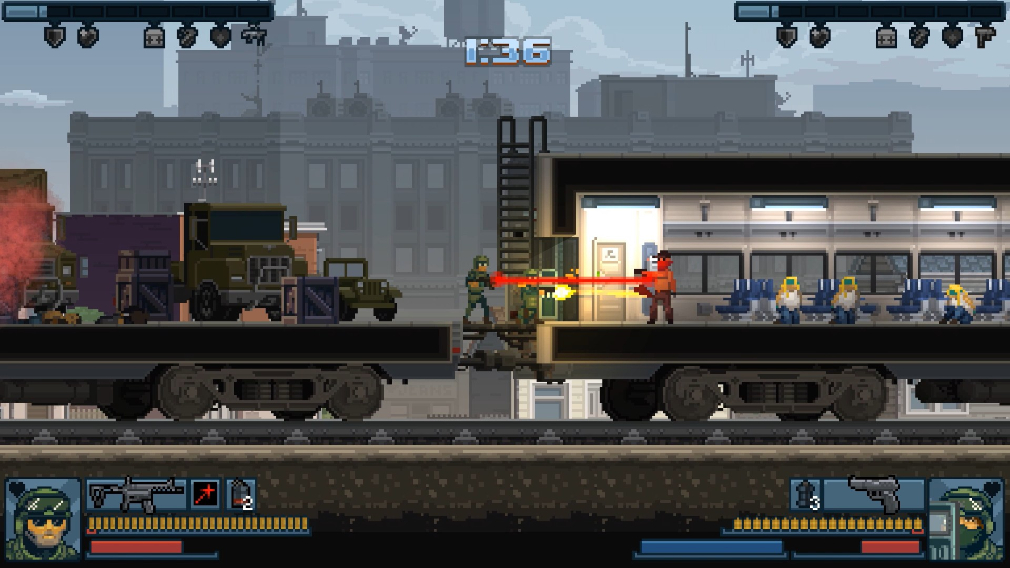 To talk numbers for a moment, the game promises a decent amount of content and choice on launch. There will be 6 different playable characters, each with their own playstyle and level up options. Beyond that, there's 60 weapons and gear items to choose from to decide how to deal with the 20+ enemy variants you'll encounter throughout the game. All of this will take place across 84 different levels, plenty to be getting on with then.

Door Kickers: Action Squad is now available for pre-register over on the Google Play. It will also be released for iOS too and we'll update you when you can pre-order it on the App Store. If you want to play the game right now you can pick it up from the Nintendo Switch eShop where it's currently on sale for £8.76 until 5th March, after which it will revert back to £13.49.

Enjoy action games? Here are 25 of the best available on Android
SEE COMMENTS

Hit JRPG Another Eden: The Cat Beyond Time and Space has now launched for iOS and Android in a further 29 countries