Assemble a team of Minifigs past and present

LEGO Legacy: Heroes Unboxed was first announced last August, where it was originally slated to be released by the end of 2019. It did soft-launch in various countries last year but it's now available globally for both iOS and Android.

LEGO Legacy: Heroes Unboxed is a turn-based RPG where you'll assemble a team of Minifigs from a selection of over 50 that cover 40 years of LEGO history. They'll each have their own set of skills and abilities so you'll want to mix and match them to get a well-balanced squad.

Given that your team will be made up of Minifigs from LEGO's past it's only logical that adventure will be based on playsets from its history too and sure enough there are several regions to explore that feature levels inspired by the likes LEGO City and LEGO castle. There will also be real-world LEGO sets to unlock and build digitally.

The story that ties all of this together is fairly straightforward. The game is set in the ruins of Piptown and players are tasked with rebuilding it. To do that they'll have to venture out where they'll meet several Minifigs along the way who will join their teams such as the wizard Majisto, Hiker and Chicken Suit Guy. You'll also find Basil the Batlord, Commander Cold, the Fitness Instructor and Captain Redbeard amongst the Minifigs you'll be able to collect. 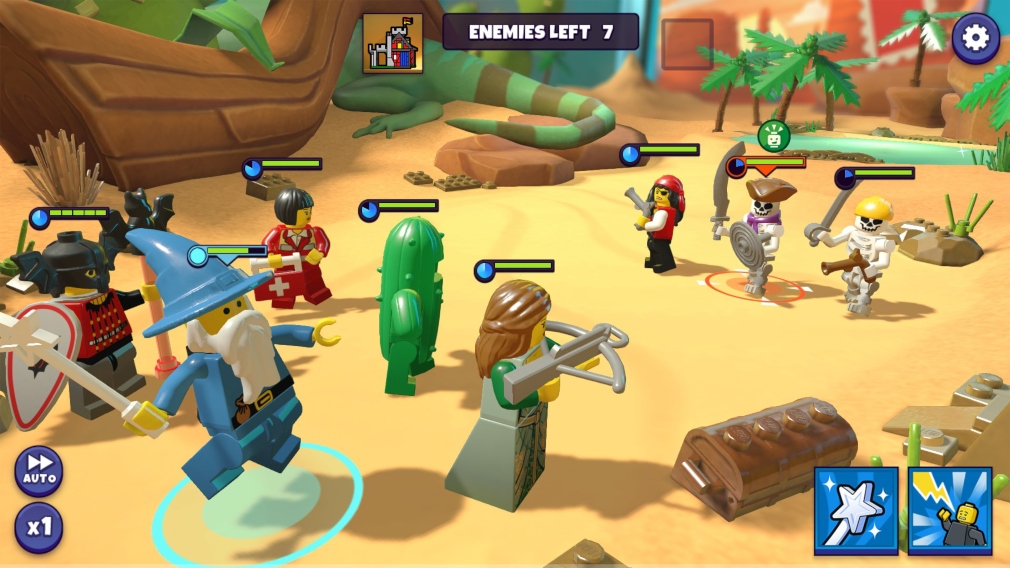 LEGO Legacy: Heroes Unboxed also has asynchronous multiplayer, so you'll be able to join Guilds and borrow your friends' heroes to assist you in battle but not play together co-operatively. There is cross-platform support though so you can join your pals' Guild regardless of if you are on Android or iOS.

LEGO Legacy: Heroes Unboxed is available now over on the App Store and Google Play. It's a free-to-play game with in-app purchases.

Enjoy RPGs? Here are 25 of the best available on iOS