The inaugural Battle Villa opens tomorrow at 6 am GMT

The Battle Villa will be arriving soon, the new piece of singleplayer content for Pokemon Masters that's been mentioned several times since November last year. Now the wait is almost over and we've got all the details on the latest mode.

What is the Battle Villa?

The Battle Villa is a new single-player mode for Pokemon Masters where players will have two weeks to see how many Halls they can clear in that time. There are 25 of them in total and your progress will carry over from day-to-day. The fights use Pokemon Masters' usual 3v3 setup.

The inaugural Battle Villa will open February 28th at 6:00 am GMT and close on 16th March at 5:59 am GMT. In future, Battle Villas will open periodically throughout the year and to take part in them you'll need to have completed at least Chapter 7 of the Main Story.

On paper it doesn't sound too difficult, 25 isn't a huge number and you've got two weeks, so there has to be more to it right? Indeed, the Battle Villa functions differently to Pokemon Masters' other game modes. Each day you'll only be able to use 9 different Sync Pairs and HP damage is persistent between fights, meaning that if your Pokemon are all knocked out, you'll have to wait until tomorrow before they're fully restored.

It isn't just HP that will carry over between battles either, status conditions and Trainer Moves will too. This means players will need to develop different strategies for the Battle Villa. Most players – including myself – have become accustomed to sending out Olivia & Lycanroc, buffing the Wolf Pokemon with X Attack and Hard as Diamonds! and then obliterating most enemies.

If you opt to do that here, it'll only be useful for one or two battles and then you're stuck with a Lycanroc with its base stats and an 80% accurate Stone Edge, which is a lot less devastating and reliable. If you still want to entirely focus on Olivia & Lycanroc then you'll have to think of 8 other Sync Pairs that compliment them beyond Phoebe & Dusclops or potentially Dusknoir at this point. 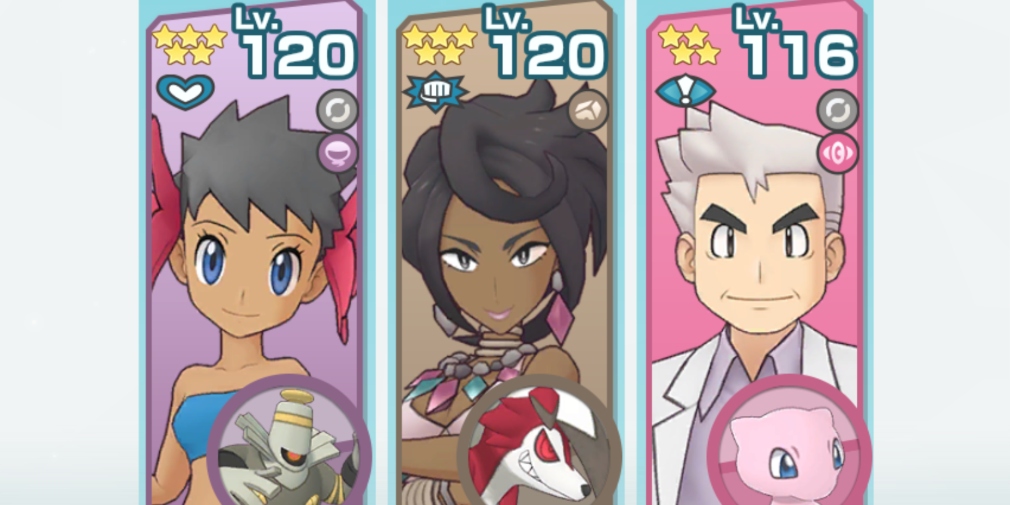 Is there more strategy beyond picking the 9 Sync Pairs?

When developing your tactics for tackling the Battle Villa there are a few other details to remember. Once per day you can restore your Trainer Moves and Health by 40%, so doing that at the right time might help you conquer an extra Hall or two. There are also rewards you can earn from the Battle Villa itself called Vitality and Vigor Treats.

The Vitality Treats can be used to restore your health and trainer moves, which could be useful in a pinch and help you get that extra bit further. Vigor Treats meanwhile are said to be useful in battle. What this will specifically involve I'm not too sure but we'll find out once the Villa is released tomorrow.

Additionally, if you lose a battle the damage you've inflicted remains when you next fight those opponents. So if you're only concerned with beating that current hall before returning tomorrow you can throw everything you've got at that opponent to slowly whittle them down.

Can you beat it in one day?

I expect the more veteran players are going to want to try and complete the Battle Villa in as few days as possible, although whether that's doable remains to be seen because it's intended to be quite tough. Fortunately for those folks though, the Battle Villa allows you to look at the line ups for all 25 of the Halls so you can view your opponent's weaknesses, Pokemon, if there are weather types and other useful information for planning a one-day attempt.

For instance, as you can see in the screenshots in this article, the first 5 Halls are predominately weak to either Ice, Electric or Water whilst the final 5 are vulnerable to a mixture of Fire, Grass and Rock. Therefore, if you're happy to clear the Battle Villa over a period of days you could load your team up with Pokemon strong against Halls 1-5 to try and brute force your way through them or you could build a more balanced team to try and progress even further than that.