Kroy Games' Tyrant's Arena is an upcoming midcore PVP hero battler that looks to mix mobile-friendly design with challenging, fast-paced combat encounters. This one is currently available for pre-registration for Android and iOS, and it sees you duking it out with opponents in intense 3v3 matches.

Your time in Tyrant's Arena will be spent tracking and crushing your foes alongside a range of powerful heroes. Combat here is easy to learn but hard to master, serving up intuitive controls that allow for a number of impressive tactical manoeuvres and fighting styles. Rounds here are kept short, making the game idea for playing on the go. 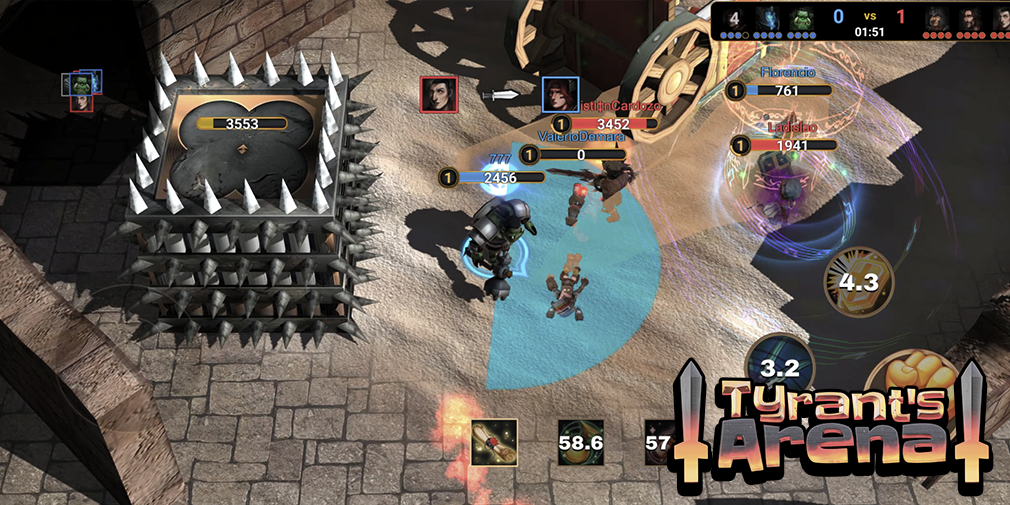 To keep combat fresh and exciting, there are plenty of hero characters to collect and master. These guys have their own classes and abilities, with Assassins, Warriors, Marksmen, Mages, and more in the mix. Creating a balanced team is key to victory, so you should always think about the composition of your team before heading into battle.

If you're feeling especially confident, you could always try scaling the game's seasonal leaderboard. You're going to have to beat top players from all over the world, so this is really where all your hard work and developed skills will pay off. Taking part will earn you some boastworthy medals and special rewards.
On top of all that, new hero cosmetics can be unlocked over time that alter the look of your character, making them unique to you and allowing your avatar to stand out on the battlefield.

Those on the hunt for a challenging and polished PVP game will find Tyrant's Arena available for pre-registration now on Google Play and the App Store. It'll launch in early March over in Central and South America as well as Mexico. Pre-registering will net you some exclusive rewards, so it's worth doing if you're looking to get yourself an edge.