Rogue Depths is a new rogue-lite dungeon crawler from solo developer Glitched Studios who made the game as a passion project in their spare time. It is available now for Android with an iOS version a possibility if the game does well.

The concept of Rogue Depths is fairly straightforward, you'll battle your way through increasingly difficult dungeons with tougher enemies appearing the further you manage to go without dying. Along the way you'll level up your character to become more powerful to better deal with the stronger foes you'll face. 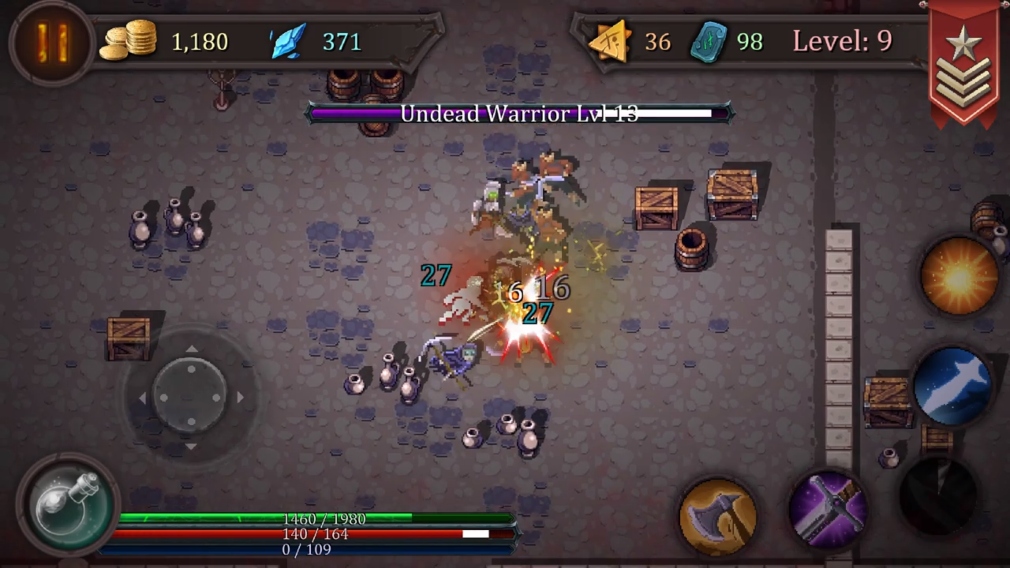 At the end of each dungeon, you'll have the opportunity to learn new skills and abilities or upgrade your current batch. In terms of skills, this could be an increase to health regeneration, movement speed and a host of other similar stat buffs. Abilities meanwhile, could include firing a constant beam of energy or summoning a clone to fight alongside you.

There are over 80 different skills and abilities to uncover so you'll be able to tinker with them to find a build that works for you. There are also 12 classes to unlock on top of that, which you can switch between after completing a dungeon, with each having their stats and bonus skills. Three of these are available from the start of the game with the remaining 9 being unlocked through in-game currency.

There's a big focus on customisation and variety as you've probably guessed. In addition to all these abilities, skills and classes you can also upgrade weapons, craft enchantments – with their being over 90 of them – and brew potions. The variation applies to enemies too with over 40 of them to encounter.

The gameplay itself is fairly automated, you can either control the movement of your character with a virtual joystick or simply tap on a space you want to travel to. Your character will then automatically attack enemies that are nearby, leaving you to decide when to activate certain abilities, which are used by simply tapping on the corresponding icon.

Rogue Depths is available now on Google Play where it's a free-to-play game with in-app purchases.

Feeling left out on iOS? Here are 25 of the best roguelikes you can play on iPhone and iPad
SEE COMMENTS