Portal Dogs is a side-scrolling platformer from indie developer Brain Connected. It's available now for both Android and Switch in the EU region with the NA version expected to be released tomorrow.

In Portal Dogs you'll take on the role as king of the dogs. You'll find your loyal subjects scattered about the various levels having a nap. Once you've woken them from their slumber they will sync up with your movements and from there you'll have to guide them to a portal. Each mission will also have one golden bone to try and track down if you're an ardent completionist.

The challenge will then likely stem from waking your subjects up at the right times so that you can easily guide them through the level. It'll probably become quite tricky if you're trying to control the movements of more than one of them at the same time when the level is filled with a variety of different hazards.

As you can see from the various screenshots, these are not your normal dogs, they're much more alien in appearance. It also looks like the levels will have a variety of interactive objects you make use of to beat each stage such as little vehicles for the dogs to drive around or springs to propel them higher. 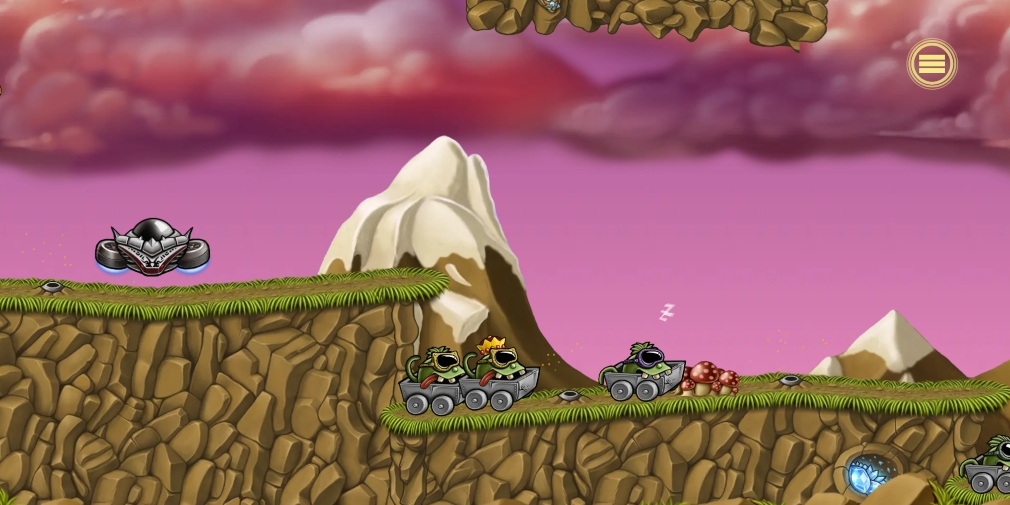 Once you've completed all the levels available or just need a break from them and are feeling creative there will also be a level editor so you can create stages of your own. This will hopefully give the game a little more replay value beyond the levels that come with the game, particularly if you're able to try out other player's levels.

Portal Dogs is available now on Google Play and the EU Switch eShop with the NA version arriving tomorrow. It's a premium title that costs £4.09 and £4.49 on Android and Switch respectively.

Enjoy platformers? Here are 25 of the best you'll find on Android
SEE COMMENTS