Wasco is a retro-inspired sci-fi RPG from Gray Lake Studios that's set in a cyberpunk universe. It's available for both iOS and Android as a premium game now.

It follows the journey of the titular Wasco, a waste-collecting robot who resides on a planet made entirely of junk. It promises to be an hour-long experience that will pay homage to JRPGs of yore, just without the many hours those games often took to complete.

It looks to lean in heavily on retro computing too with the various menus looking like a cross between an old Final Fantasy game and DOS. So there's bound to be some nostalgia to be found playing through Wasco for both retro gaming and computing fans.

If the trailer is anything to go by the soundtrack will also be excellent. It's all chiptune music, which you can hear a sample of in the video above, and the brief glimpse we can hear sounds absolutely fantastic. It uses a variety of tracks from Judson Cowan's album Technology Crisis II, which you can listen to over on Bandcamp. 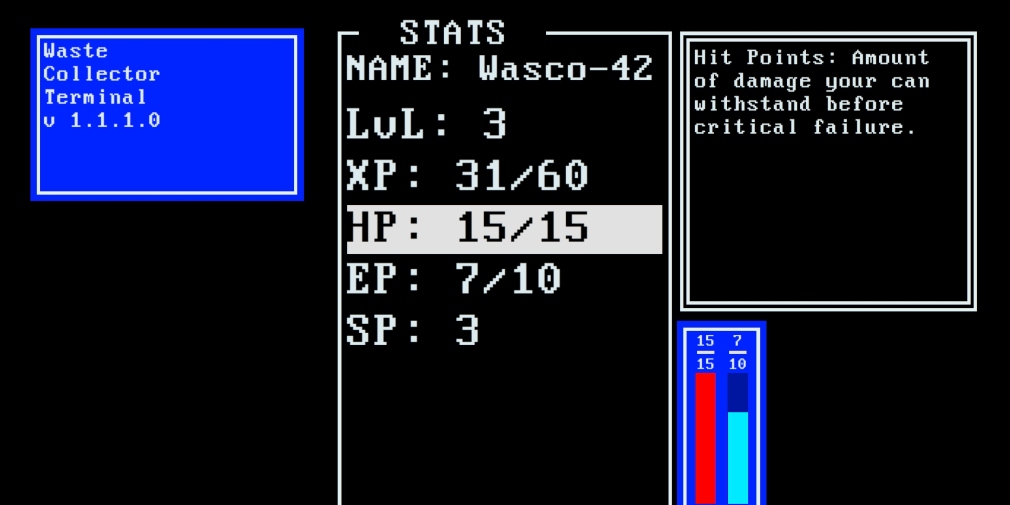 Given the cyberpunk setting and dystopian nature of the junk planet that Wasco lives on, you can expect to see a number of glitches and malfunctions as you explore the planet. No doubt there'll be several robots that don't wish to be viewed as junk that won't be too happy with Wasco being a waste collecting bot.

The game is available for $2.99, which might seem a little steep for some after hearing the game will take one hour to complete. However, it's very upfront about the bitesize length, which is good, because it allows potential buyers to make an informed judgement.

Wasco is available now on both the App Store and Google Play. It's a premium title that costs $2.99.

Enjoy JRPGs? Here are 25 of the best available on Android
SEE COMMENTS