You may not know that social media app Snapchat allows "snapchatters" to play a number of casual titles on its in-app Snap Games platform. The latest exclusive to come along is Gismart's real-time multiplayer game, Colour Galaxy.

This one sees you and your friends conquering a series of planets by driving around and painting the ground beneath you a certain colour. Basically, it's kinda like Splatoon and arcade classic Qix. The action is said to be fast-paced and wildly entertaining, which isn't really something I'm picking up from the trailer below.

That said, there is obviously a competitive element to matches, with players battling to gain the most territory. You'll need to take control of half the map in order to win, and your opponents will do everything in their power to slow you down and take back your hard-earned territory.

Colour Galaxy also incorporates Bitmoji into the experience, allowing you to drive your own custom cars and, um, chickens. Having a unique vehicle makes it easier for your friends to spot you among the chaos. There are no IAPs to bother you, but you will earn coins at the end of every match to spend on fresh cosmetics, territory colours, vehicles, and sound effects.

"Snap Games is all about sharing experiences with your friends, even when you can't be together. Colour Galaxy is a brilliant example of this, letting friends conquer the galaxy, with or against each other, directly from chat", said Snap's Head of Games Partnerships, John Imah. 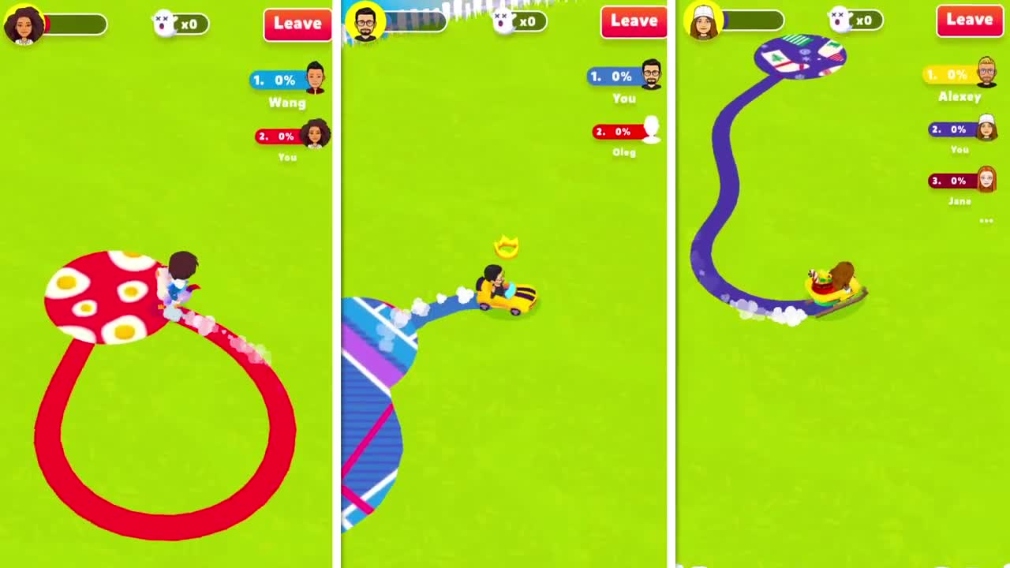 Snap Games made its grand debut back in April of last year, and it currently boasts 12 original titles from developers such as Zynga, Zeptolab, and Gismart. It's interesting to see how the games' creators have made use of the platform's unique features, including Snippets, AR lenses, and the Bitmoji avatars.

If you're keen to find out more, I'd advise making a quick trip to Colour Galaxy's page on Snapchat's official site. You'll of course have to download the Snapchat app itself before giving this one a go.

Looking for some quality multiplayer games to play with friends? Here are 25 of the best for iPhone and iPad