A follow up to 2012's popular Beat Hazard Ultra

The developer, Cold Beam Games, has confirmed via Twitter that an iOS version of the game is indeed on the way.

Cold Beam Games has returned with a follow up to the popular Beat Hazard Ultra, which first launched back in 2012. The sequel, unsurprisingly called Beat Hazard 2, is now available for Android in Early Access.

Much like its predecessor, Beat Hazard 2 will make use of the songs on your phone to create different levels to battle various spacecraft. Your ship's weapons will dance to the beat of the song and each track you play will apparently unlock a unique ship for you to use.

There will be giant boss ships that are also generated by the music too and, as you can see in the trailer above, it looks set to be a visual spectacle. There are some seriously flamboyant lighting effects going on in this game that are likely to be headache-inducing for some whilst earning the stereotypical response to fireworks from everyone else.

You'll be able to use your local files so you can do battle to your own music library or through internet radio stations via SHOUTcast if you'd rather let the song choice be determined by a different source. The game also supports Bluetooth controllers if you'd rather play the game that way instead of using touch controls. 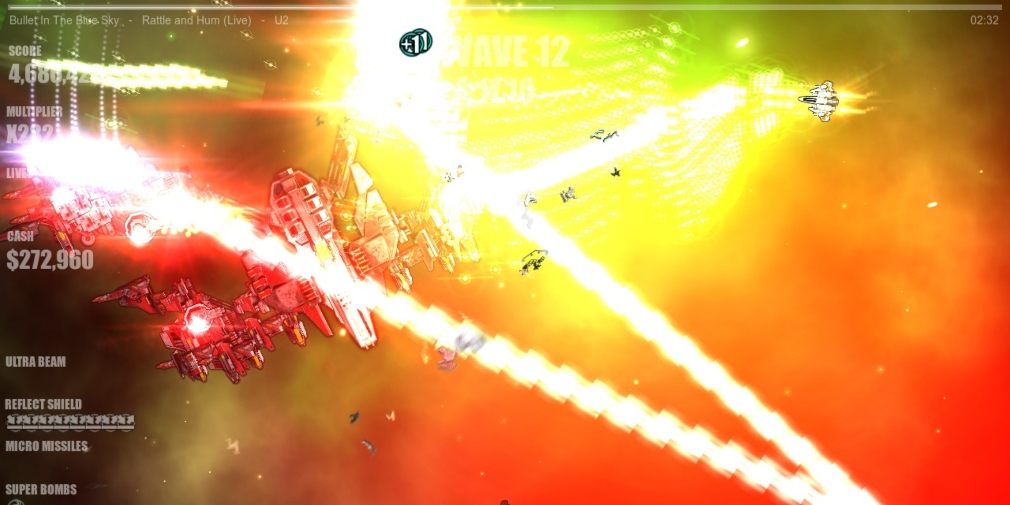 It will be interesting to see how much the music generation system has changed since the original game. In our review, Harry gave the game a glowing recommendation. But he also described it as “a game whose major selling point isn't actually that important” believing Beat Hazard Ultra's core shooting mechanics to be the real draw of the title.

Beat Hazard 2 is available now in Early Access on Google Play. It's a premium title that currently costs $3.99. There is currently no word on whether or not the game will come to iOS as the original did, but we'll be sure to keep updated if anything is announced.

Looking for Android games that are filled with action? Here are 25 of the best
SEE COMMENTS