CD Projekt Red has since officially confirmed the release date

CD Projekt Red has officially announced that Gwent will be available for Android on 24th March, and you can pre-register for it now over on Google Play. Pre-registering will also net players the Imperial Golem avatar mentioned in our original story.

Some eagle-eyed Redditors have spotted a potential release date for the Android version of Gwent. A Google Play store listing of the Witcher card game was briefly discovered before promptly being removed. But that didn't stop Reddit user 'betraying_chino' from quickly grabbing a link to a Polish announcement trailer that states the game will be available for Android on 24th March.

This would be after the upcoming World Masters tournament, which takes place on March 14th-15th, suggesting the intention might have been to announce and open pre-registers sometime around the tournament. However, the official line from CD Projekt Red remains that the game will be available during Q1 of this year. 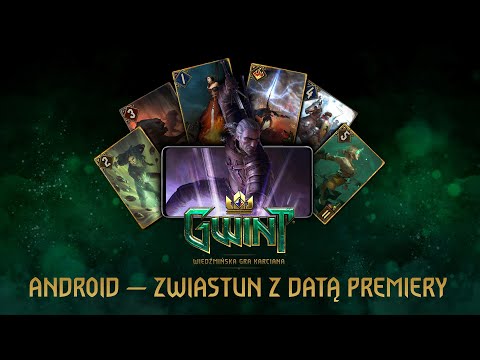 This was reiterated during a recent developer stream on 4th February. During that same video, they mentioned that the game is fully ported to Android, and they'd moved on to the process of optimising the game so it could run on lower-end devices. They added the game was on schedule and that they'd be opening pre-registers soon but did not provide a specific date.

The store listing also mentioned an exclusive Imperial Golem avatar that players would get for pre-registering for the Android version of Gwent. The avatar can be seen below in an image that was obtained by the same Reddit user who shared the trailer.

The iOS version of Gwent was released back in October 2019 and has seen regular updates since; the Merchants of Ofir expansion in December alongside various bug fixes and stability optimisations. Naturally, Android users have been frequently asking when they'd be able to join in the fun ever since.

Gwent is currently available on the App Store, where it is a free-to-play game with in-app purchases. Meanwhile, there's still been no official word on a specific released date for the Android version of the game beyond Q1 2020.

Just getting started with Gwent? Here are some tips to help you out