A new breed of Black Panther

Marvel Realm of Champions is Kabam's latest dip into the many worlds of Marvel. This one's a real-time RPG that sees you creating your very own superhero, then aligning yourself with one of the game's 'Houses'.

This particular timeline has been plunged into The Battleworld, a realm where Marvel's best and brightest are now trapped in a never-ending war against one another. It's up to you to pick a side and help your House dominate the competition. 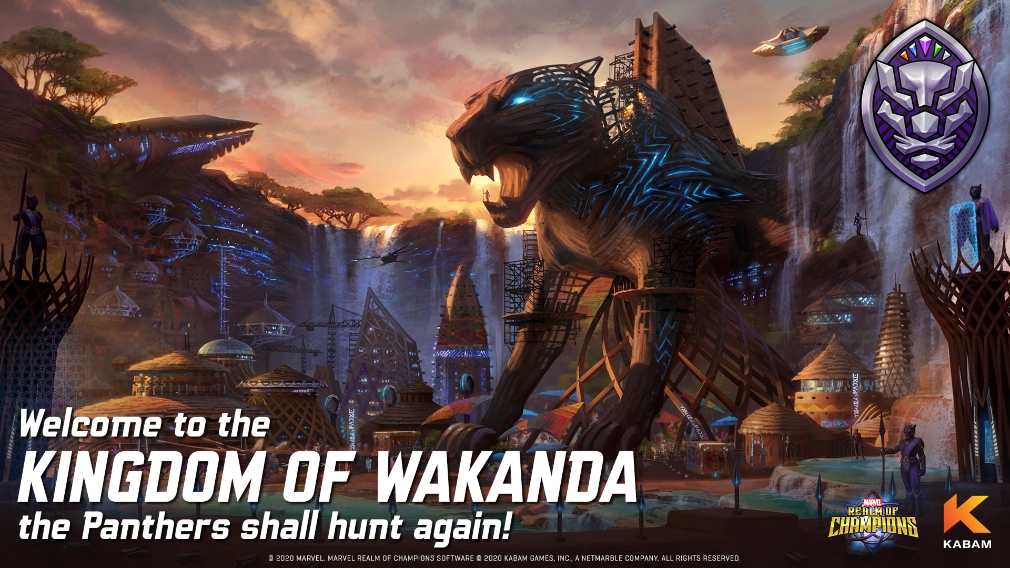 The Houses, as you might expect, are all themed around recognisable Marvel characters, like Spider-Man and Captain America. They're run by Barons, who seem to be side-characters closely associated with the main hero of each house.

A number of other Houses have already been revealed, including The Ancient Ones' 'Temple of Vishanti', President Peggy Carter's 'Patriot Garrison', and Stark Prime's 'House of Iron'. The latest to be shown off is Queen Shuri's 'Kingdom of Wakanda'.

Wakanda has been plunged into a worrying state of political disarray following its abduction into The Battleworld by Maestro. King T'Challa challenged Maestro to ritualistic combat but was ultimately struck down. With the Black Panther now gone, Maestro brought forth an event known as 'THE BANISHMENT', which wiped out much of Wakanda.

Those still around have begun to pick themselves back up and rally behind a new breed of Black Panther. With King T'Challa slain, the power of the Black Panther has been gifted to all of the Dora Milaje, many of whom have taken on the iconography of lost tribes to ensure their memory is carried on.

Queen Shuri, if you didn't know, is King T'Challa's sister. She boasts "beyond a genius level intellect", which has come in handy when turning Wakanda into the most technologically advanced nation on Earth.

Marvel Realm of Champions is still set to launch for iOS and Android later this year, though no firm release date has yet been confirmed.

Big fan of RPGs? Here are 25 of the best for Android
SEE COMMENTS

Kabam and Netmarble announce a new Marvel game, Marvel Realm of Champions, for iOS and Android