Celebrating its second anniversary in style

Dandara: Trials of Fear Edition is now available on iOS and Android for £1.99 and £2.19 respectively.

Long Hat House's beloved platformer Dandara is about to get a whole lot better thanks to a major content update set to arrive soon for mobile and consoles.

Dandara: Trials of Fear Edition, as it's called, introduces a heap of new content to get stuck into. Three new areas will be added for intrepid explorers to traverse. You'll be able to find fresh powers for Dandara to keep the platforming action interesting, and there are new music tracks and even a secret ending to enjoy. But beware! A powerful boss awaits those who delve too deep. 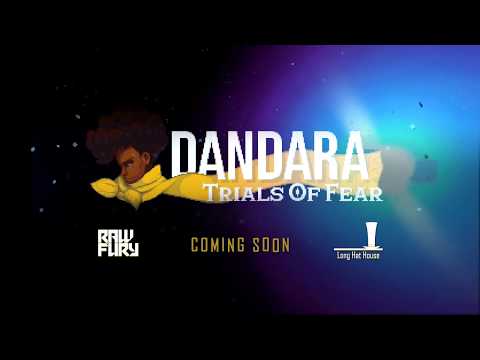 Interestingly, the update also builds upon the original version's story, expanding its lore through additional item descriptions, dialogue, and cut scenes for both new and existing areas and characters.

What's more is that the update is free to everyone who owns the original game, which is just lovely. It's a very pleasant surprise to see publisher Raw Fury and Long Hat House continue to support Dandara in such a major way two years after it first launched.

Harry reviewed it back in early 2018, praising its visuals, story, world, and "balletic bouts of violence", before awarding it a Gold Rating. It's of course a 2D metroidvania platformer that sees you exploring a beautiful, handcrafted world, using your superpowered speed, wits, and reflexes to save the day.

If you'd like to find out more, Raw Fury's official site has been updated to include info on the Trials of Fear Edition. And you'll find Dandara available for purchase now from the App Store, Google Play, and Nintendo eShop. It's currently priced at $5.99 on the US App Store, which is honestly a pretty great deal, especially in light of the upcoming update.

Love yourself a good platformer? Here are 25 of the very best on iPhone and iPad

Unique metroidvania Dandara is leaping onto iOS, Android, and Switch in February