Important Early Worm tips for getting stars on each stage

We all love a twee physics-based puzzler, and few are sharper than Early Worm. Early Worm is a cute 2D puzzle platformer where you'll be flicking a rolled-up red worm around a variety of stages, triggering switches, jumping on platforms, and collecting precious apples, of course.

Early Worm has a cute aesthetic and a simple core mechanic that you'll be using throughout most of the game, and it works wonderfully. It's a game that's easy to sink time into, especially if you're going for three stars on each stage, and that's exactly why this guide is here. 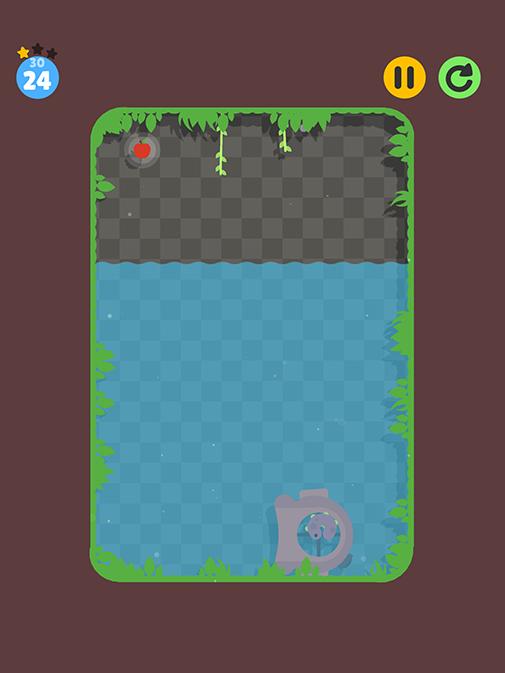 In this guide we're going to go over the basic mechanics of the game, how to get three stars, and what to expect from the stages ahead, so you know what you need to in order to breeze through every chapter.

Sometimes patience is necessary, but you'll get a lot further in record time with these tips. Read on and get ready to win…

The basic mechanic of Early Worm which you'll be using for most of the game is a simple pull and flick trick. Unfortunately, the early tutorial doesn't exactly give you a good idea of how it works, but it's simple.

You put your thumb down on the screen to reveal a worm's tail, and then pull it in any direction you choose. Once you release, it will spring back to where you pulled it from and the rolled up worm on the screen will jump in that direction. Easy!

The mechanics do change up a bit eventually - with one stage even resembling a pinball table - but for the most part, you will only need to master this jump, which is important, as stages have a limited number of jumps for you to use in order to attain a three star rating.

You can change how far the worm jumps by not pulling back as far.

Interactive surfaces make this game so much more interesting. You will come across walls or objects which are slick with different colours, and these will change how the worm behaves.

Red walls speed your worm along it, yellow walls stick your worm to the surface, and blue walls have mushrooms grow from them which will bounce you forward.

You will intuitively be able to figure out how a stage unravels by looking at these walls, and using them to navigate.

Your path to the apple may not always be easily reached, and there are multiple mechanics in place to help or hinder you. Red flowers, for example, act as switches, and often change the nature of platforms around you, opening up new paths. You will also come across flat switches you can land on to alter platforms.

Boxes will also become important. Boxes fall similarly to the worm, and you can slam into them to have them drop or be put in a certain place. You may need to use boxes and stack them up to make messy platforms to progress.

There are also eggs. Eggs need to be placed in a nest or wherever the game asks of you, and these will often activate different gates or switches. You can slam into them to move them, but you may need to retry some of these stages before mastering them.

And finally, you will come across stages which have moving platforms, or the stage itself will move and rotate.

With these, it's just a matter of perfectly timing your jumps, and anticipating where platforms will move to as gravity slowly pulls you down.

By the time stages ramp up in difficulty, you should have mastered all of the above mechanics, and timing your jumps should be a simple task.