Smash through each stage with these essential tips

Cookies Must Die is stylish, fast-paced, and a lot of fun. It's the kind of game where your reactions are put to the test, but your memory might be even more important when it comes to traversing each stage with ease.

It's challenging, yet keeps you coming back for more, even when you die. And you probably will die, but not with these tips. 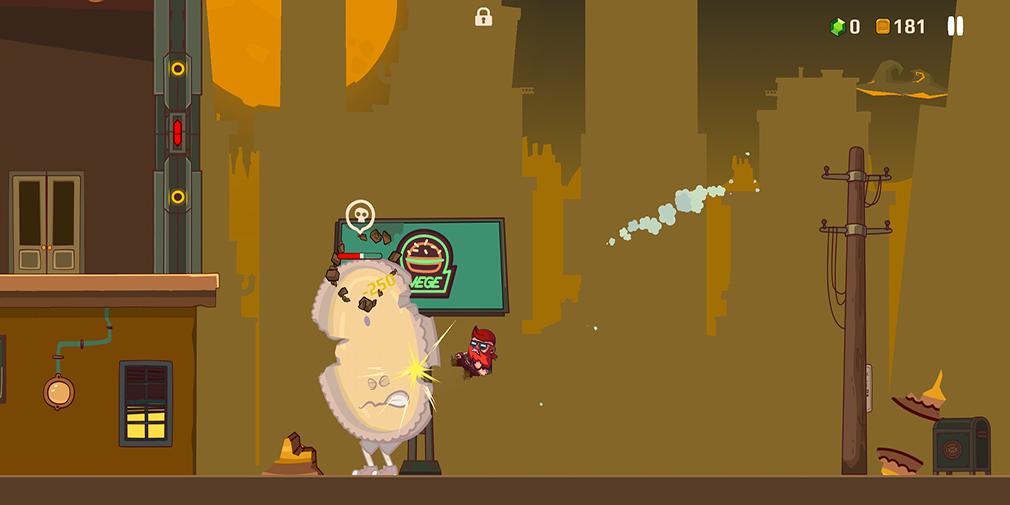 While killing the cookies and other delicious enemies of the Cookies Must Die universe, you'll be pulling off aerial stunts and traveling at great speeds - that's if you're good enough. And with this guide, you will be.

Just read on for everything you need to get up to speed and breeze through Cookies Must Die.

The nice thing about Cookies Must Die is that you can move freely in the air and with great speed. You don't just jump, you double jump, triple jump, and don't even have to touch the floor if you don't want to.

Your movement is simple, you drag in the direction you want to go. Time will slow down as you aim, and you'll even have a visualised arc so you know where you'll land.

This fast and flighty movement is critical to mastering the game. Many enemies you can mash through quickly, but others will require thought and movement to avoid their attacks.

You already know that you can jump near endlessly, but now you'll know that your jumps are also your attacks. Yep, to attack enemies, you just need to fling yourself directly into them, and they'll take damage.

Early foes will be dispatched quickly, but bigger enemies and bosses take many hits to take down. You'll need to rapidly attack again and again, all while avoiding enemy fire.

It adds another layer of mastery to the jumping mechanic, and you will find yourself feverishly flicking away at your screen as you take down bosses and other enemies.

Enemies can be tough when there's a group of them, but when they're alone, they're harmless, as long as you're either very fast, or very careful.

The fact is, enemies will attack in predictable patterns. Early examples are short arcs of bullet fire, or explosives that detonate on impact or shortly after death. You will adjust to each enemy, and know how to approach.

Most enemies can be dealt with by manoeuvring behind them and over their bullet fire, but that's easy to say when you've got a good idea of where you're going. If you're moving too fast, you're inevitably going to make contact with enemy fire, and possibly die. Take your time if you're low on health.

4
Diving for the finish

The main goal, however, is not to blow up, but to dive for the finish line. That may take the form of your car, or another vehicle, or perhaps a door.

You can spend as long as you like exploring levels, but the more time you take, the more you put yourself at risk of taking damage, and although you usually get the opportunity to restore health before boss fights, it's expensive.

Get through each stage fast and with minimal damage, and you should, generally, make it further than ever before on a single life.