Help Robyn and Teddy get to Mars

I Want To Go To Mars is a wholesome-looking narrative adventure game and will be the first game from Australian developers 15 Minutes of Game. It will be heading for iOS and Android on 26th February as a premium title.

I Want To Go To Mars follow the story of a young boy called Robyn and his companion Teddy who decide to go to Mars after their sandpit is destroyed by a storm. So, they decide to head to the red planet because there's an abundance of sand there and no rain to worry about. The developers say it's a short experience that's both funny and filled with puns, which I'm always in favour of.

It'll be up to you to help them get there, at least in their imaginations. You'll build a spaceship using bits and pieces you'll find scattered about Robyn's garden. From there you'll leave Earth in search of Mars, dodging asteroids and collecting star fuel on your way there.

It looks very cute, particularly the very childlike way you design the rocket using buckets, buttons and even dinosaurs as the thrusters. It also sports a lovely art style that's very reminiscent of a children's book with some great finer details such as seeing the parts of the ship that are clearly made of cardboard when you're exploring it. 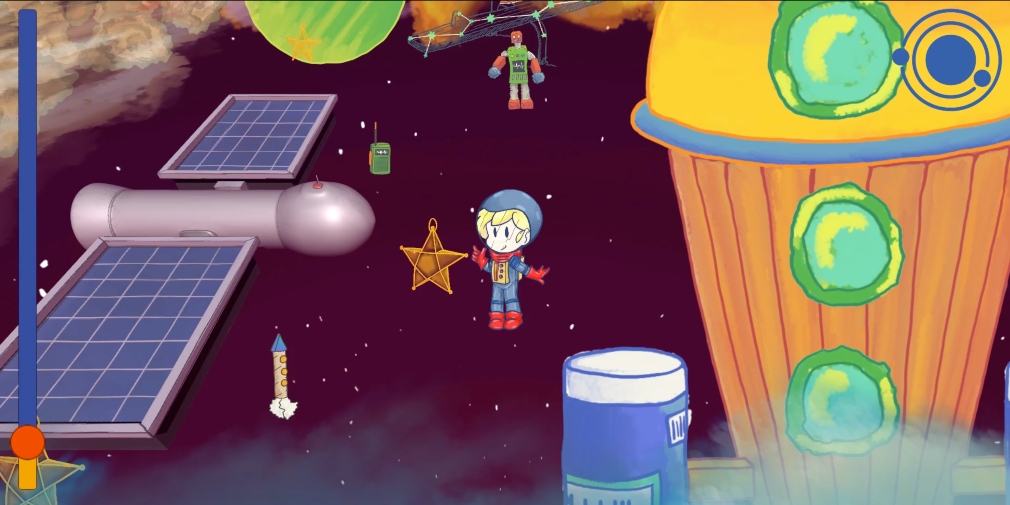 The game started life as a Kickstarter project where 15 Minutes of Game managed to raise $4000 to help fund development of I Want To Go To Mars. The story was conceived through a combination of the 2 main developers different passions. Charlie Kenihan has a long-standing love for all things space whilst Nick Margerison has experience in youth work and education.

I Want To Go To Mars will be available on the App Store and Google Play on 26th February. It will be a premium title that will cost $1.99.

Enjoy a good narrative? Here are 5 of the best story-driven games from 2019