Bullet hell without the shooting

Too Close from developer Ludoko Studios is a stylish arcade 'anti-shooter'. You'll use your finger to dodge and weave through deadly obstacles as you desperately attempt to collect diamonds in a last-ditch effort to stop the stage's walls from closing in on you. It's fast, intense, and a lot of fun.

What complicates matters slightly is that, when collected, those all-important diamonds have a tendency to release spikes in your general direction. Runs can become incredibly stressful in no time flat, requiring you to perform rapid evasive manoeuvres to stay alive. Before you know it, you'll be mere seconds away from being crushed while still having to deal with exploding spikes and other such nightmares.

The game would likely be infuriating if not for the slow-motion mechanic that triggers whenever you're near danger. This gives you a brief moment to catch your breath and decide the best course of action. Still, expect to die – a lot.

As you hopefully continue to progress, you'll use your diamonds to unlock new stages, distinct colour palettes, and transfixing visual effects. There are currently five game modes to test your mettle on, meaning Too Close offers a surprising amount of quality gameplay.

Ludoko Studios was also behind Fly Catbug Fly!, which our sister site 148Apps loved, and 2016's Outdodge. Too Close was developed over three years "with a focus on game feel, user experience, and visual effects". 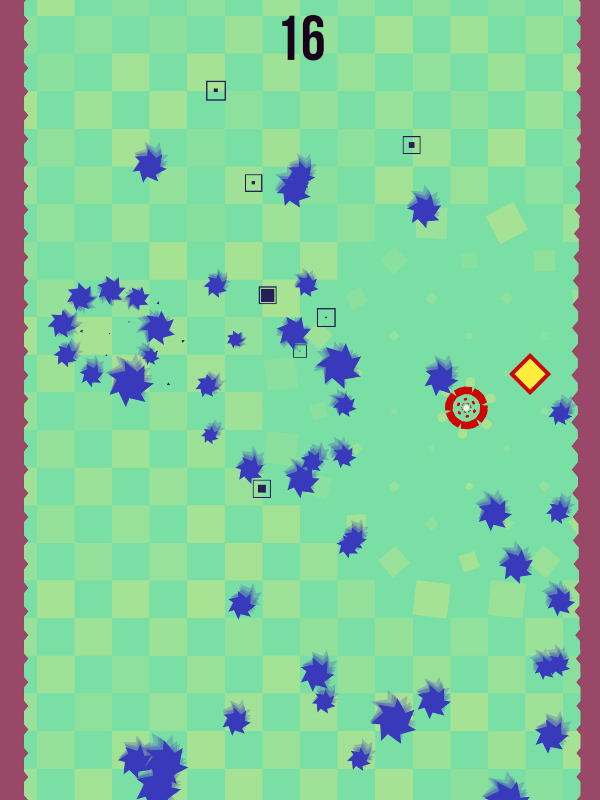 The game's sense of style is helped massively by Erica Hampson's excellent score. If you've ever played Enter the Gungeon or Katana Zero, Erica was the sound designer on both. All told, it feels super polished across the board, from the overall presentation to its tight one-finger gameplay.

Too Close is definitely worth checking out if you're in the market for something both tricky and incredibly stylish. It's available now as a free-to-play title from over on the App Store.

Are you a glutton for punishment? If so, here are the 5 hardest games from last year