Continue working on the case

Everbyte Studios, the developers behind Nox and Duskwood, has announced today that the latter of their two titles will be getting a new episode soon. The third instalment of Duskwood will be arriving on 17th February.

The game was released towards the end of 2019 and it's proven to be a popular title since then. It's received over 100,00 downloads on Google Play alone. So there are undoubtedly a lot of players that will be looking forward to episode 3.

If you're unfamiliar with Duskwood, it's a detective thriller game that's presented as a 'WhatsApp-style messenger'. That means players will be directly involved in the story as they work to uncover the mystery behind the disappearance of a young girl called Hannah Donford. 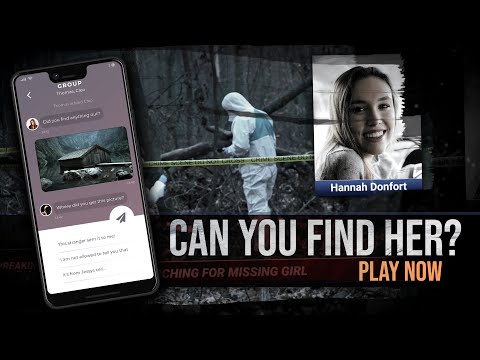 Though there will be clues scattered throughout the game, the meat of the gameplay is focused on interacting with other characters. Each of whom is fleshed out with their own online profiles you can sift through. They're all regularly updated too, with each character sharing different news stories and chatting about their hobbies in an attempt to make them feel like real people.

There are also spy missions players can embark upon that will allow them to discover hints and story segments through more nefarious means. This will involve hacking into people's cloud storage or eavesdropping on private conversations to try and learn more about who might have kidnapped Hannah.

These messenger style games are becoming increasingly popular and are, obviously, a natural fit for mobile. We've had the excellent A Normal Lost Phone in the past and there's the intriguing Loop arriving in February, so there's certainly plenty of choice in this increasingly popular sub-genre.

Duskwood is available now on the App Store and Google Play. It's a free-to-play game with in-app purchases.

Enjoy games with a focus on the story? Here are 5 of the best narrative games from 2019