Heading to iOS and Android on February 12th

Castle Ramble is the latest title from Unbroken Soul and Super Oscar developer Chorrus Games. This one sees you playing as a powerful king whose kingdom has been stolen from under him by an army of evil pigs. It's headed for iOS and Android on February 12th.

At its core, Castle Ramble is a roguelike platformer where you'll traverse your way through procedurally generated levels, hunting for chests and taking on enemies as you go. There are normal pigs, slime-pigs, bat-pigs, and bomb-pigs to deal with, and you're going to have to face up to them if you want to achieve a decent score.

Castle Ramble’s release is almost ready! It will be the 12th of February, are you ready?! Can’t wait to get some feedback????????????#gamedev #indiegame #indiegamedev #indiegaming #mobilegames #mobilegaming #gamemaker #pixelart #arcade pic.twitter.com/cx2nkdTa7H — Chorrus Games (@ChorrusGames) January 31, 2020

Chorrus has a lot of experience when it comes to making quality platformers. Unbroken Soul, the team's last game, is a story-driven actioner that tasks you with exploring an expansive pixel art world and battling hulking bosses. It boasts some slick controls and impressive environmental designs, and it's a premium title without any ads or IAPs.

Dann covered it back in July of last year, saying "it's all especially fluid feeling, and within a few minutes I was bounding over leaps of faith into wall jumps, all while firing arrows off at flying enemies. It felt fast and dynamic, something which is especially hard to convey in platformers".

With Castle Ramble, the team wanted to temporarily ditch on-screen buttons and controls to make a more streamlined, mobile-friendly experience. Here, you use the left side of the screen to move and the right side to jump, perform a melee strike, and fire a ranged attack. The game has gone through a rigorous testing process, allowing Chorrus to gather feedback on the control system and refine it where necessary. 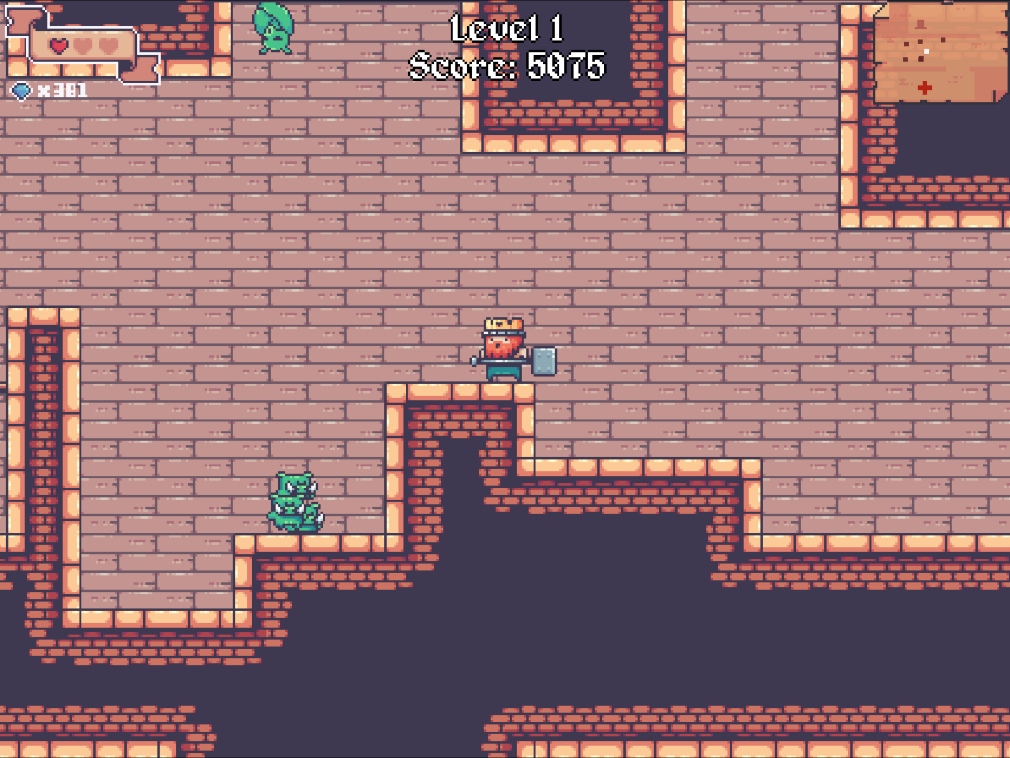 Interestingly, there's an element of environmental destruction to the platforming and combat. Hitting a wall with a ranged attack will destroy it, allowing you to create a platform to reach high-up chests. You can also customise your avatar to make them unique to you, and progress comes from upgrading your armour, melee, and ranged attacks. It's a fun, well-designed package that I've so far had a lot of fun with.

Big fan of platformers? Here are 25 of the best on Android
SEE COMMENTS