Heading for a March 2020 release

InfiniteCorp is an upcoming decision-based card game set in a cyberpunk world where your choices will have an impact on the citizens of that world. It's expected to release for both iOS and Android on March 16th 2020.

InfiniteCorp takes place in an independent city-state called Babylon 6 that's been built in the middle of the ocean. Here genetic modifications and cybernetic implants are found in abundance and the majority of the population has never seen natural plants or animals. It's a dangerous place to live and you'll be tasked with trying to keep a balance between five different groups. 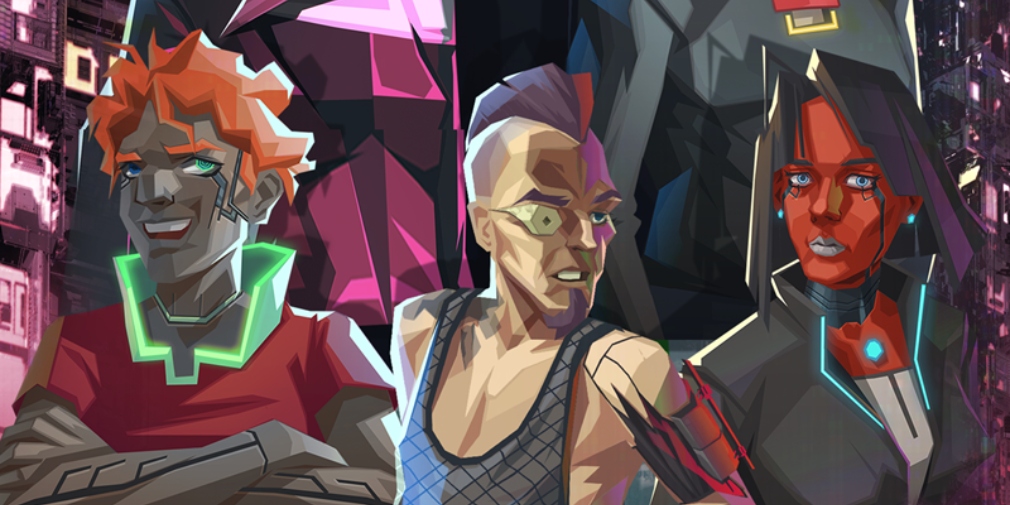 Those groups are the Elites, Citizens, Media, Security and the Criminal Overlords. Naturally, they'll all have their own motivations and opinions on the other groups. For instance, the Elites don't care about the lives of Babylon 6's lower-class populace, so if you make choices that benefit them, the upper echelons won't be particularly pleased.

To make all of these different decisions the game plays out in a similar fashion to something like Reigns. You'll swipe left or right to make your choice whenever you receive a request from someone from one of those groups where you'll have to deal with a variety of unpleasant issues such as corruption, terrorism or dishonest contractors. 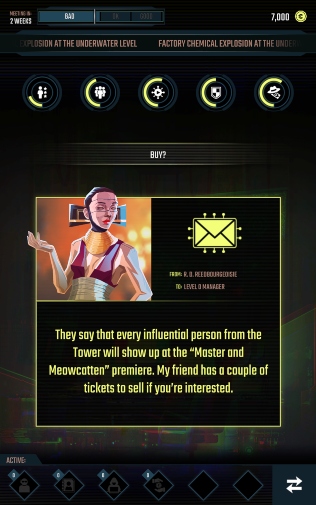 These different scenarios are presented to the player through cards, with more different sets of them available in subsequent playthroughs. Similarly, there are also new character's to unlock that are earned by reaching certain milestones or through specific decisions. Once you've unlocked them they will be available forever.

InfiniteCorp will be available over on the App Store and Google Play when it is released on March 16th this year. It will be a premium game that costs $2.99 and you can pre-order it now on both storefronts if you'd like.

InfiniteCorp, a card-based cyberpunk adventure, is available now for iOS and Android