Narcos: Idle Cartel is an upcoming idle clicker from Tilting Point, Gaumont, and developer Big Wolf Games. It's not the first video game adaptation of Netflix's hit American crime show, with the popular Narcos: Cartel Wars still going strong, but it is the first to portray the series' world and its inhabitants in a grumpy, cutesy cartoon fashion.

Seriously, I'm a big fan of just how disgruntled almost everyone looks in the screenshots – all crossed arms and furrowed brows. I get that the production and selling of Class A drugs perhaps isn't the most romantic of lifestyles, but the way in which the game's artists have weaved the show's dour tone into the cutesy cartoon designs is perhaps a little jarring. 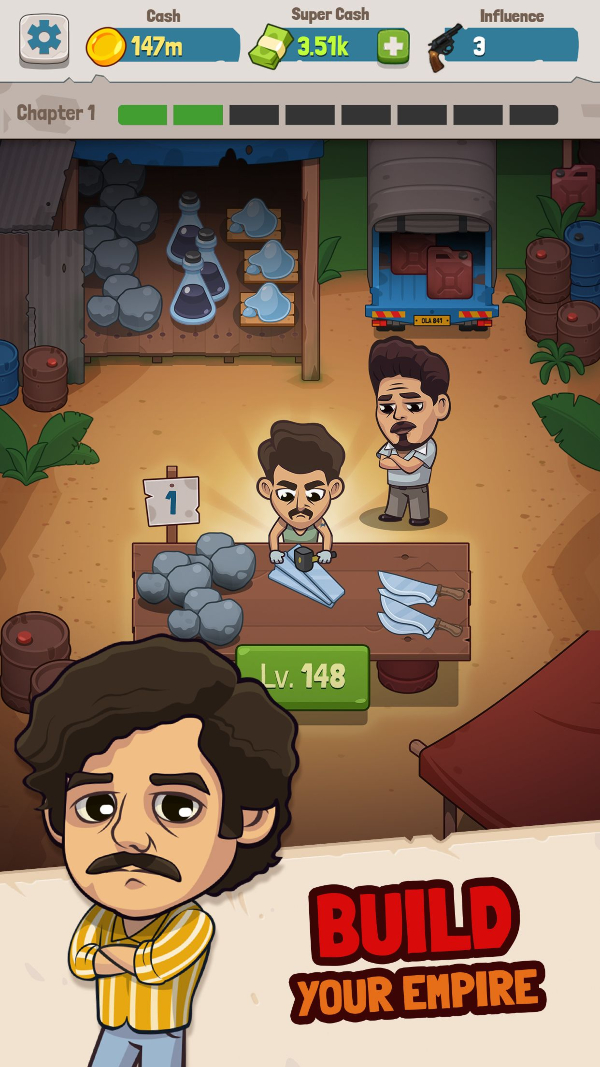 The game sees you introduced to the deadly world of cartels after inheriting a questionable family business. You'll gradually be confronted with the difficult choice of whether to keep your hands clean or throw all that out the window and do whatever it takes to survive.

You'll partner with the legendary smuggler El Patrón and work to gradually build your empire from the ground up. As time goes on, your increased production speed will boost your profitability, and you'll be able to train and expand your workforce to create a thriving international cartel. 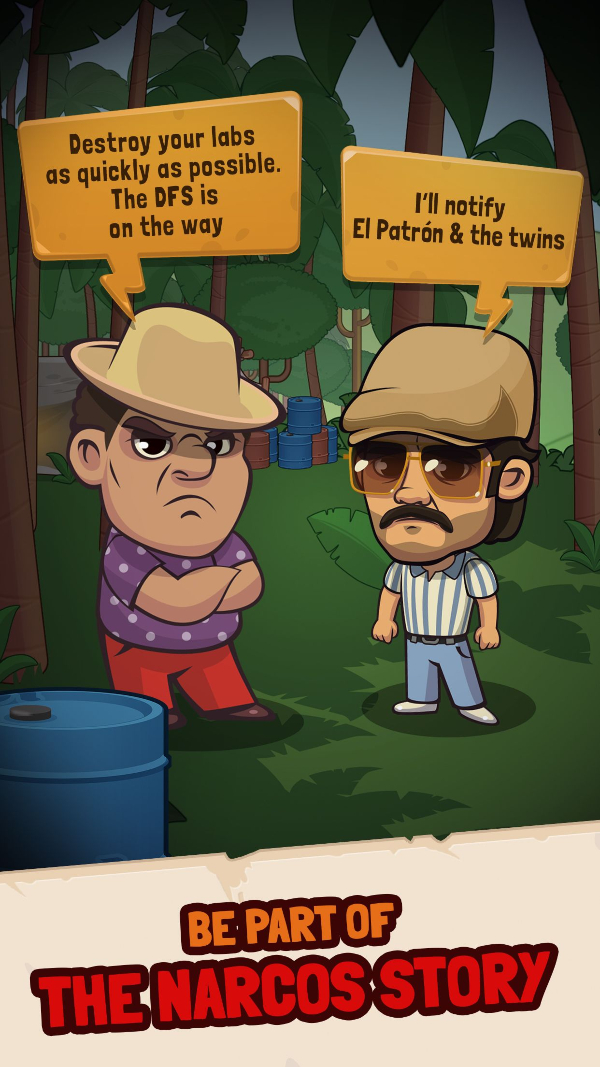 What's perhaps most interesting about Narcos: Idle Cartel is the way it's structured like a TV show. You can expect episodic gameplay where you'll be meeting new characters, experiencing fresh storylines, and gradually become immersed in the show's world.

If that all sounds like a grand time to you, you'll find Narcos: Idle Cartel available for pre-registration now over on Google Play. It's set to launch for both iOS and Android later in the year. Just look at their sad wee faces and tell me this doesn't look at least a little funny.