Create and customise a robot fighter to crush your online opponents

O.P.Neon Games Studio's Megabot Battle Arena is a fast-paced fighting game that lets you build and customise your very own robots to do battle with. The 'Megabots', as they're known, are the real draw here, with there being over 50,000,000 combinations of fighter to create.

The aim of each multiplayer round is to destroy your opponent's fighter bot by any means necessary. Getting into a match is said to be quick and easy, with the game matching you with a similar player in seconds.

Once you're in the heat of battle, you'll have to use evasive manoeuvres and inventive tactics to outsmart your opponent and seize victory. The fights look fast and vicious, with lots of dodging and counter-attacks going on.

Fights are clearly skill-based, though you can of course give yourself a sizable advantage by smartly customising your robot's design for maximum efficiency. You can drag different parts onto your creation and even customise the colour and look of the robot. New parts and weapons can be unlocked by getting competitive and winning fights in the championship. 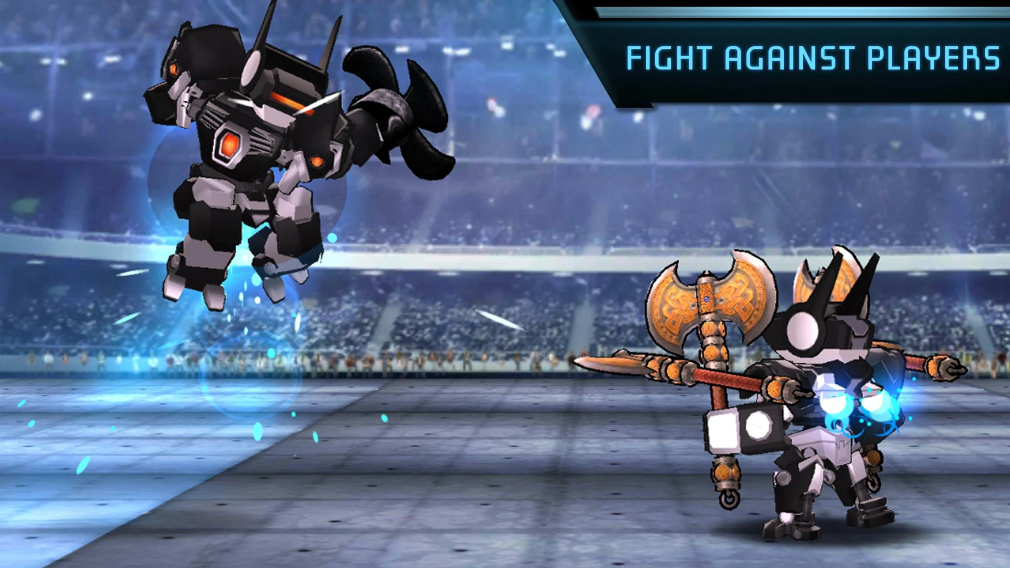 The championship mode has 23 tiers in total, and there are more than 80 robot parts and weapons to collect, so Megabot Battle Arena could keep you busy for a fair while. The creation aspect reminds me of good old Robot Wars from the late 90s and early 2000s, which is undeniably a good thing.

The game is currently available for pre-registration globally, though players in the Philippines, Greece, and Malaysia can get involved with the soft launch that began last week. If you fancy checking this one out, you'll find more info over on its Google Play store page. It looks like the in-depth customisation elements could be fairly impressive, perhaps making for a good time overall.