Aces of the Luftwaffe - Squadron: Extended Edition is a top-down shooter set in an alt-history World War II. It comes bundled with the game's Nebelgeschwader DLC, and it's set to launch for iOS and Android later this year.

The main campaign sees you facing off against a German invasion of the US. You and your crew of stalwart pilots will fight to push them back over the course of 25 levels. You can expect a number of large-scale boss fights to test your flying skills on, and the story is told via fully-voiced cutscenes.

Each member of your squadron can be upgraded over time by investing points into their individual skill trees. When in the heat of battle, you'll be able to issue them commands and work together tactically to progress through the increasingly tricky waves of enemies. Squadron members are also said to have their own unique personalities, hopefully adding to the sense of camaraderie throughout the campaign.

Once you've led the Allies to victory, it's time to switch sides and see the story unfold through the eyes of the Axis pilots. The Nebelgeschwader DLC serves up another 25 challenging missions where you'll do everything in your power to crush the American forces.

As time goes on, however, you and your crew of honourable pilots will realise the error of your ways and maybe even switch sides. Beyond the new missions, the DLC also adds new aeroplanes to collect, skills to unlock, and bosses to beat. 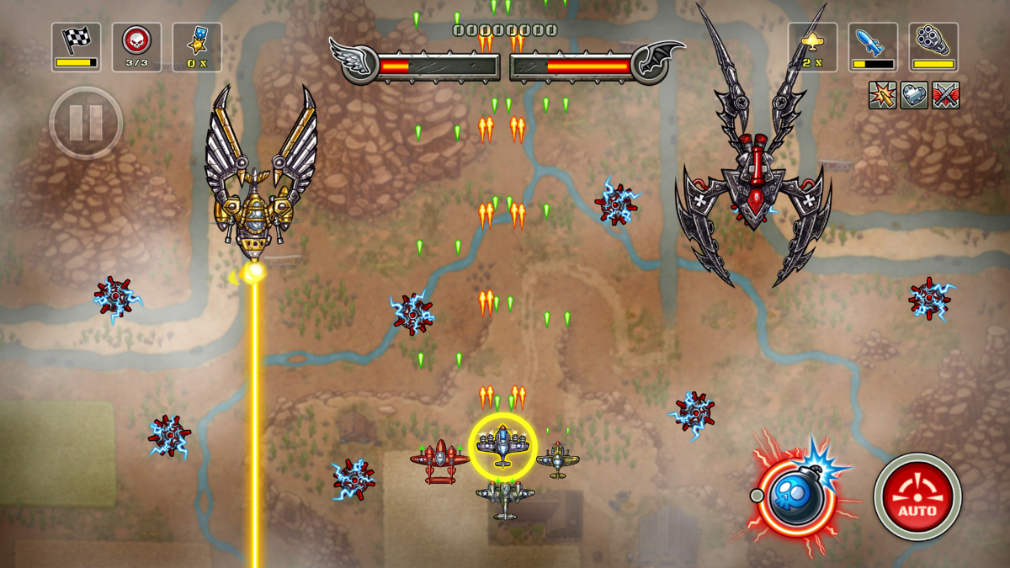 Jon reviewed the original Aces of the Luftwaffe at launch all the way back in 2013, calling it "a competent and challenging 2D shoot-'em-up that fails to add anything of note to the genre".

If you're interested in giving Aces of the Luftwaffe - Squadron: Extended Edition a go, you'll find it available for pre-order now over on both the App Store and Google Play.