Today's latest update for Black Desert Mobile introduces a fresh PvP mode called Guild War. As the name suggests, it's made specifically for those in a guild, and it sees you battling enemy guild members out in the game's open world.

Guild masters and officers will now have the option to declare war on a rival guild. That said, there are a few things you'll need to take note of if you want to get involved. First, at least 10 guild members are required to attend within 48 hours. Second, you'll need to present payment of 3 million silver from your guild fund before the battle can commence.

Once the prerequisites are met, the war will then begin and PvP will be activated between the two guilds. You'll gain points by taking down rival players, and the first guild to reach a total of 30,000 will be crowned the victor. It sounds like a great way to earn extra guild points while also testing your mettle against skilled players from all over the globe.

With the latest update, the collaborative battle mode known as Ancient Ruins has had its maximum difficulty setting expanded. You'll now have the option to kick things up to difficulty level 6 or 7. What's more is that those with higher combat points will now be able to take on even stronger versions of the Ancient Warrior Kabuamilles for improved rewards. 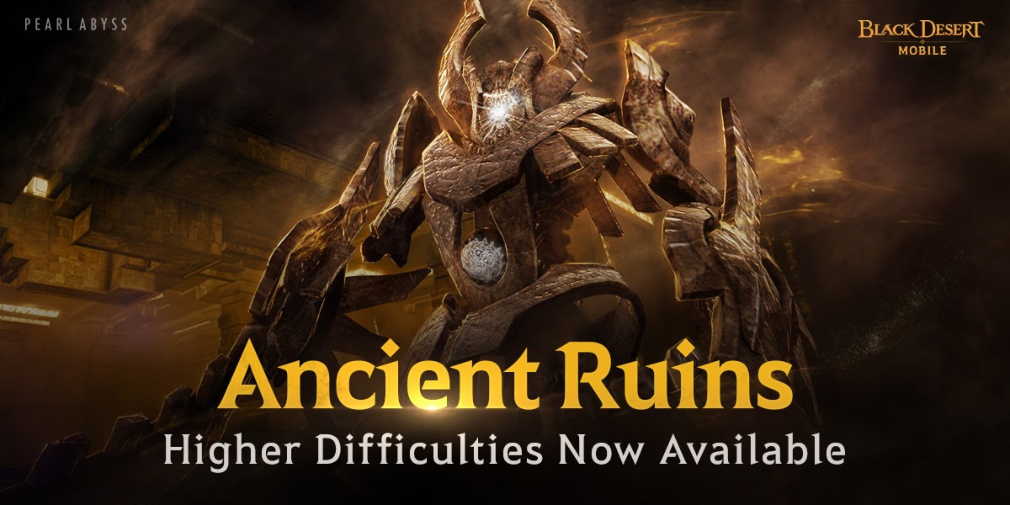 We've put out a fair number of articles about Black Desert Mobile since its launch last month. If you're just starting out, you may want to read what we make of each class. And those who've already put in a few dozen hours can see the game's current roadmap right here. Black Desert Mobile is available for download now from both the App Store and Google Play.