No specific release date just yet though

By Stephen Gregson-Wood
| Jan 6
iOS
|
Bulwark of the Abyss

Bulwark of the Abyss is the latest game from When's Lunch? Games. It will be a spiritual successor to the developer's previous game Gwarmbee. It's currently being touted for a release at some stage in 2020, though When's Lunch? isn't ready to commit to a specific date just yet.

Bulwark of the Abyss is described as a twin-stick defender looter where you'll be fighting back hordes of creatures that have emerged from within the abyss itself. To fend them off you'll have the Bulwark at your disposal, a magical shield that can deflect projectiles back at these creatures to inflict huge damage on them.

As this is a looting game you'll also be on the hunt for new gear and items as you battle your way through the game's numerous dungeons. There will also be powerful bosses to encounter deep within these dungeons that will test out your true strength. 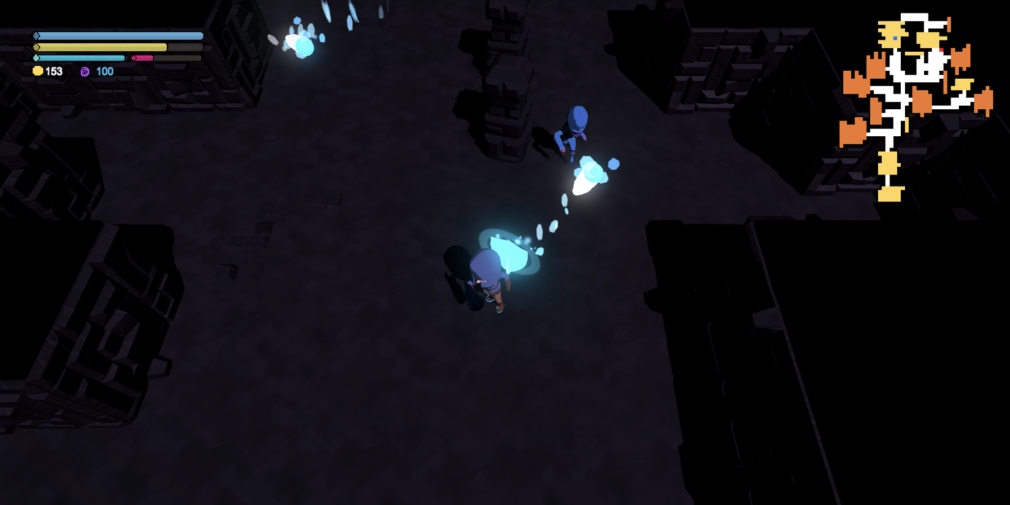 Some of the items you'll find are runestones that function as Bulwark of the Abyss' upgrade system. They come in different elemental varieties and can be combined in several ways to provide the player with different buffs and stat increases. For instance, you might fuse your shield with an ice rune that can then be used to slow enemies, which could make a quick escape possible if you're surrounded. You'll need to be careful though as death could see your hard-earned runes be taken from you.

Bulwark of the Abyss will be heading to the App Store later this year. The developer has also expressed an interest in bringing to other platforms in addition to iOS, PC and Mac, so it might see an Android release at some stage too.

My Arcade announces the Super Retro Champ, a Switch-style console for 16-bit cartridges

Bulwark of the Abyss, the upcoming twin-stick 'defender', has a new trailer that teases a boss players will face