By Cameron Bald
| Jan 5
iOS + Android
|
End of the Universe

Kyle Barrett's End of the Universe is a fast-paced roguelike shooter set to blast its way onto iOS on January 7th. If Kyle's name sounds familiar, that's probably because he's the developer behind one of last year's best games, Immortal Rogue.

Much like Immortal Rogue, End of the Universe is built from the ground up for short, intense sessions, with its one-touch control scheme helping to keep gameplay mobile-friendly. In your dinky ship, you'll furiously fight to overcome "existential horrors lurking at the edge of space".

End of The Universe is finally available for pre-order on the @AppStore! Huge thanks to all the beta testers helping work the kinks out! https://t.co/TY0yvJ13D4@AppStoreGames #indiegame #gamedev #roguelikes #screenshotsaturday pic.twitter.com/KZHBR4zfva — Kyle Barrett (@_FoolishMortal) December 21, 2019

At launch, you can expect over 70 skills and weapons to unlock, as well as 60+ enemy types to then test them out on. Your ship can be customised to your heart's desire, with there being 1000s of different combinations to try.

Adding to the game's replayability is the branching narrative that can be influenced by your decisions. Apparently, your narrative choices can result in you trekking towards entirely different ends of the universe. Interestingly, it's said that "the farther out you get, the more bizarre things become", which has me all excited to see what sorts of creatures and environments lurk at the edge of the universe. 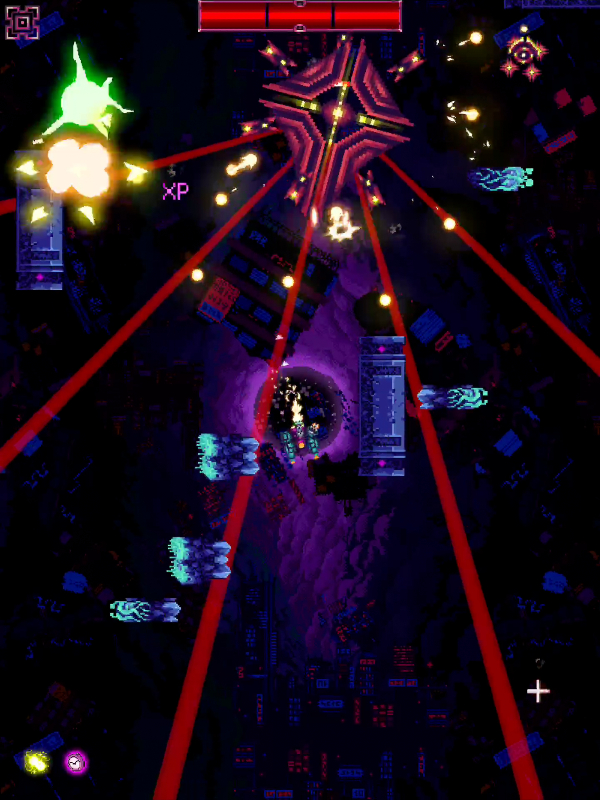 Immortal Rogue was among my favourite games of last year, but I'd still be pumped for this one without the knowledge that it was made by Barrett. If you're yet to give Immortal Rogue a go, perhaps Harry's review from launch will convince you that it's worth your time.

End of the Universe is already available for Android in early access, and iOS players will be able to hop straight in on Tuesday, January 7th. Here are the links to the game's App Store and Google Play pages. And you'll find more info over on Barrett's official site.