As reported by Kongbakpao, Cluck Night is an upcoming asymmetrical multiplayer game that's being published by Coconut Games and developed by Thunder Cat Games. There's no specific release date at the time of writing but you can pre-order the game for Android now, whilst it launched on iOS early last month.

These aren't your standard everyday chicken though, after an alien abduction they were returned Earth with a host of new abilities at their disposal, which is why they've been locked up in the first place. To escape the farm they'll have to work as a team and make use of these new powers to activate several generators to open the exit and make a dash for freedom.

So, yes, it seems to be Dead by Daylight meets Chicken Run. There are multiple fowl to play as and they'll each have their own way of dealing with the hunter who wants to keep them locked up. For instance, they might be able instantly lay an egg so their pursuer will trip over it, giving them time to run away. 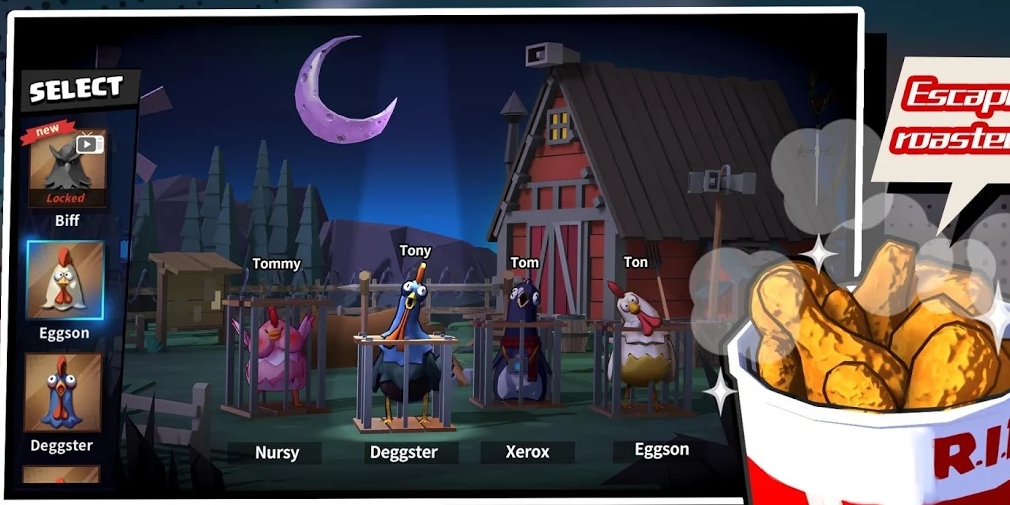 On the other side, the player who opts to be the fowl herder will have several tools to try and stop their escape attempt. There are a few characters to choose from, such as Leon who looks suspiciously like the face of a well-known fried chicken outlet. When playing as him, the aim is to chase down the evasive chickens and knock them out with a baguette before putting them back in their cages.

Cluck Night is available to pre-register now over on Google Play. Alternatively, it's available now on the App Store if you're an iOS user. It's a free-to-play game with in-app purchases.