Mobirix is now taking pre-registers for their upcoming game Castle Defence King. It's a tower defence title of sorts that's coming to both iOS and Android.

It's a fairly simple looking strategy defence game where you'll be tasked with protecting your castle walls from waves of enemies that are laser-focused on knocking down its foundations. There will be a plethora of units at your disposal to help repel their attacks.

Before the start of each level, you'll be able to reinforce both the walls themselves and the troops you've chosen to defend it. These troops can be a mixture of ranged and melee, with ranged units being a combination of archers and magic users.

The ranged troops will, of course, be placed atop the castle itself whilst your melee fighters will charge into battle in front of it. Reinforcing your tower will also increase the damage your warriors are capable of dealing to the enemies. 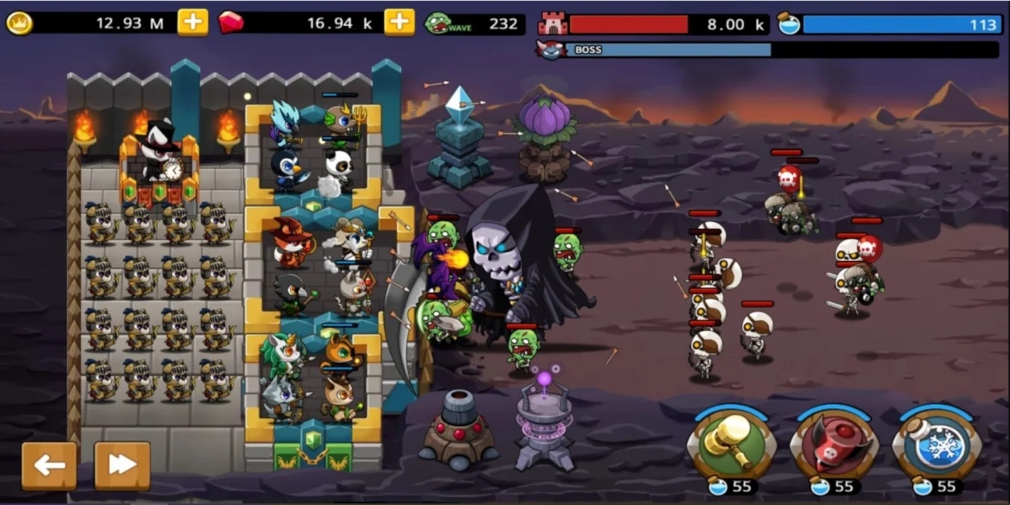 Aside from selecting and combining different units, players will also have some input during the battles themselves. They will be able to choose when to activate one of three spells that could help turn the tide of battle in their favour.

The first of these is Repair Magic, which can be used to fix any damage your foes have managed to inflict on your castle walls. The second is a Magic Bomb, which – as you might imagine, is a magical explosion that will inflict damage on your enemies. Finally, there is an Ice storm, which will unleash a frosty blizzard that slows your foes to a crawl.

Castle Defence King will be available on 8th January on both the App Store and Google Play, where you can now pre-register if you'd like. It's a free-to-play game with in-app purchases.