Apple Arcade has been an amazing value proposition since release, but with each new game added to the line up it just keeps getting better, and the latest addition, Lego Builder's Journey, just might be the best one.

It's a simple game that is so tightly designed and made that it could really give the Traveller's Tales LEGO games a lesson in how to use LEGO in video games. It looks good, works brilliantly, and is a late contender for Game of the Year.

Right here we're going to lay out some of the basics you should know before, and while, playing Lego Builder's Journey. It's the kind of game where you are free to find your own solutions to problems, but something small in the environment might lead you astray. Brush up on these tips before playing, and you're sure to have a much easier time while playing through LEGO Builder's Journey. 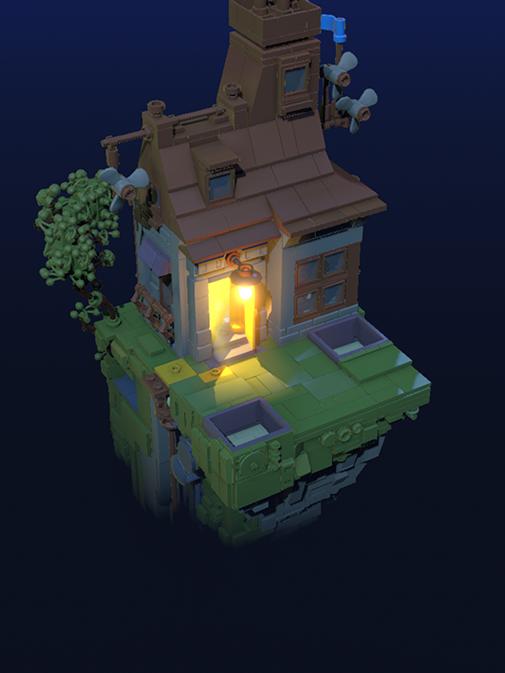 The touch screen controls in this game are really quite simple. You can tap any interactable LEGO brick to pick it up, and you can drag on the screen to move it around. Hold it in place above any area with the trademark LEGO dimples to place it on them snugly. You don't have to be perfect, but certain bricks might require more precision, which can be awkward on a touch screen.

You can throw bricks to let go of them, or hold on an area which doesn't have rivets to drop it down. Tap once on the screen to rotate the brick, and tap on another brick to swap what you're holding. It's simple, but you'll find yourself getting mildly frustrated a fair few times.

You'll have the controls down eventually, and once you do it's a relaxing experience, just stick with it past the first few levels.

Most stages will task you with building a simple path. The idea is simple, your LEGO character will hop from brick to brick, and you have to lay out the path before him. Simple enough.

Stages get slightly more complicated when you're essentially building a path to skate down. But again, as long as you take your time and ensure you path connects well, it shouldn't be a problem.

More complicated stages will usually give you a variety of LEGO pieces to work with which should continually spawn in, so you shouldn't fret about doing anything quickly, just ensure it works well.

The game gives the player a wonderful amount of creativity when piecing bricks together. Even when making a precarious path across a chasm, the game allows the player to place bricks wherever they please, as long the path you make is safe enough.

If you ever feel stuck in a stage, feel free to tear down all of your LEGO bricks and start again. Sometimes a fresh perspective is necessary, and you might find you want other bricks on top.

Though, in general, the bricks with more surface area should be nearer the bottom of a construction.

Some stages will challenge the player a bit more with some difficult terrain to navigate, like the aforementioned chasms.

But in general, most problems can be solved if you place those large surface area bricks down on the bottom, to give your structures plenty of support when moving upwards and building staircases.