Joyride through Miami in time to synth music

OverDrive is a rhythm-based game where you'll be driving down neon-soaked Miami streets backed by an original synth soundtrack that'll accompany you on your road trip. It's available now for both iOS and Android.

As with all rhythm games, it's all about hitting the right notes at the correct times. To do this you'll find yourself joyriding down streets with three lanes, swapping between them by tapping on the left and right-hand sides of the screen. So there's an element of testing your reactions but similarly, if you can sync up with the beat it becomes easier as you anticipate the changes earlier. 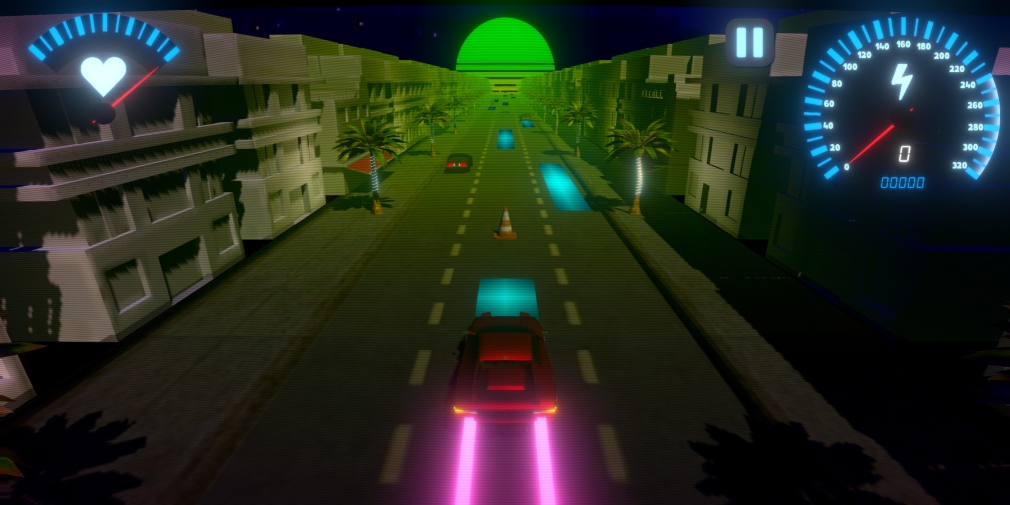 Aside from weaving through lanes to hit the notes as they appear you'll also have to switch back and forth to avoid various obstacles. Other cars and traffic cones litter these roads and hitting them will reduce your fuel level, as will missing notes. So, as you can probably guess, running out of fuel means game over.

It looks very stylish, although I'm easily pleased by anything that reminds me of Hotline Miami. But it's not just the neon aesthetic that's appealing, it's the fact that the look of the level will change depending on the song and how well you're doing. As you progress through each stage the buildings will start to nod along with the music, looking a little like an equalizer and the sun will pulsate in time to the beat too. 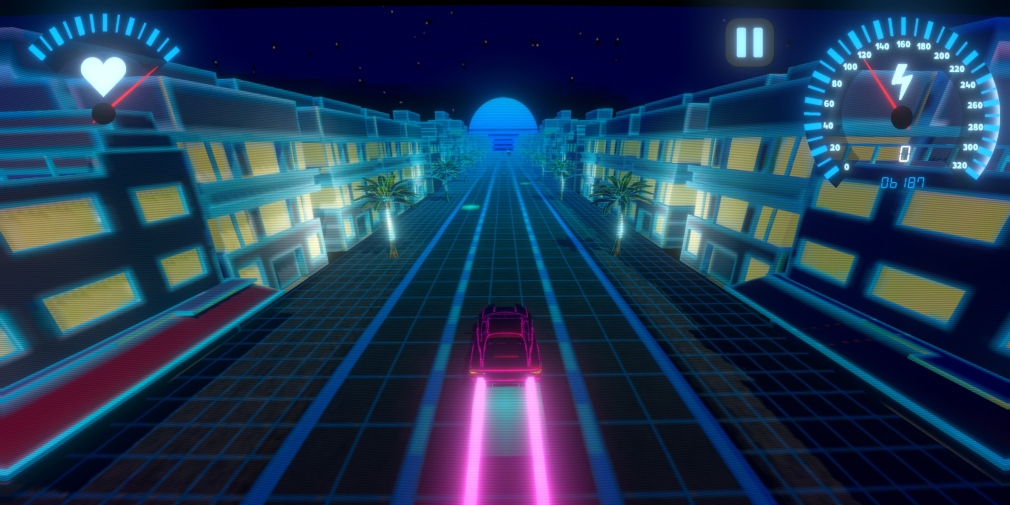 There are coins to collect throughout each level that can be spent on different car skins and trails that follow your ride as you race down the Miami streets. These coins can be also be earned by completing challenges and beating the different songs.

OverDrive is available now on the App Store and Google Play. It is a free-to-play game with in-app purchases.