PewDiePie's gross-out dungeon crawler, Poopdie, has finally launched for iOS after Apple rejected it earlier this month for featuring "crude imagery and sound effect [sic] which may disgust users", according to developer Bulbware.

The initial ruling caused a small internet uproar among PewDiePie fans, who have been waiting to play Poopdie for years now. The game appears to take plenty of inspiration from Ed McMillen's classic roguelike, The Binding of Isaac. While it might be similarly gross, Poopdie does seem to be a lot more lighthearted, with a big focus on scatological humour.

It takes place in a world where folks have forgotten how to fart and defecate. Poopdie, a small worm-like creature, is seemingly one of the few who still has the ability to do both, much to the disgust of his aggressive neighbours.

Combat sees you relying on Poopdie's "poopcrafting" skills to mix together different foods, poop them out, then have them function as specific unit types. It's all very silly and (hopefully) fun.

Ex-Ed Ric previewed it late last year, saying that "Poopdie is a solid dungeon crawler with an aesthetic to design a very particular audience. And that audience, based on the laughter booming through the booth as the story was explained to passers-by, will absolutely love it."

In a blog post released earlier today, Bulbware attributes Apple's quick change of heart to the loud fan reaction and media coverage surrounding the rejection, saying that "Apple Review Board has seen your tweets and read many articles in media (like this one, Polygon) and decided eventually, that game is not too crude, nor ‘oversaturated’."

The game's latest update launched today, and here's a full list of what's been fixed and improved: 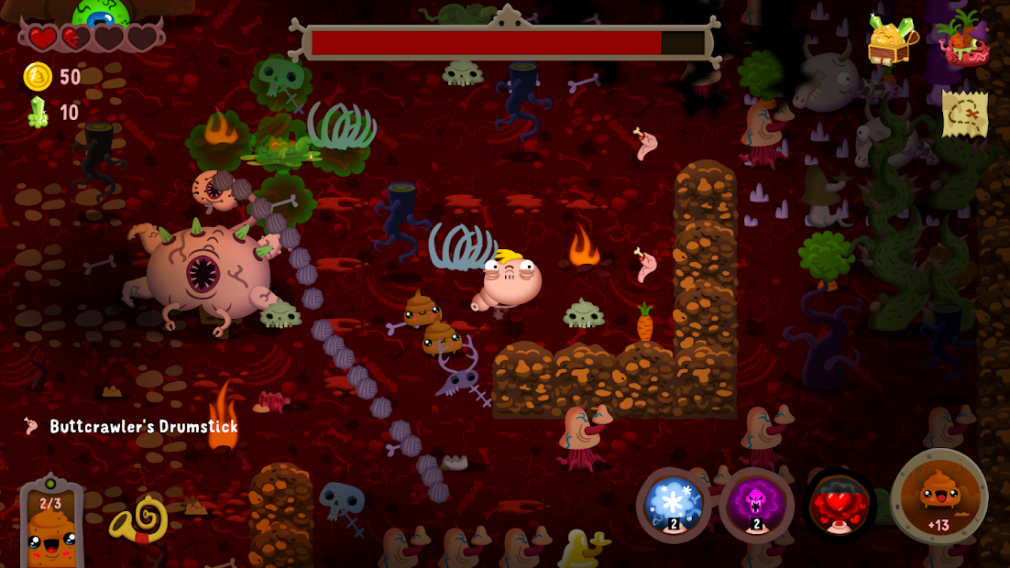 Those looking to experience the first title in the promising poopcrafting genre can find Poopdie available for download now from both the App Store and Google Play.